Apple is keeping the beta releases coming for their upcoming iOS 5. Developers can now get their hands on Beta 4, and they don’t even need to bother with iTunes.

Registered developers who are already on iOS 5 beta 3 can download the new beta 4 OTA. Simply opening the iDevice’s settings app, and touching on “Check for Updates” will begin the process. It will be a much more svelte download, as it’s a “delta update” (only the necessary elements that have been changed will be downloaded). 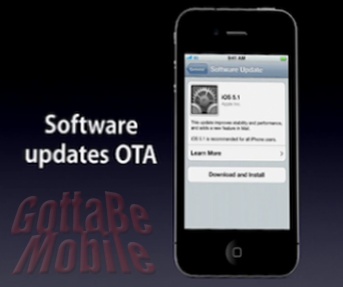 Of course the over the air updates will ultimately be how all of us apply updates once iOS 5 is officially released. Part of iCloud, the OTA delta updates are part of Apple’s march towards cutting the cords from its iDevices. For now, devs (and those risk-takers who had their device added as a testers’ slot on a developers’ account) get to have all the fun.

For those developers who prefer to manage things “the old fashioned way,” (or who just want the latest iTunes), the fourth beta of iTunes 10.5 was released alongside the iOS 5 update.

You can check out the full changelog below (via BGR). We’ll keep you posted on changes in less of an “official changelog” kind of way as soon as they come trickling in. If any devs want to let us know in the comments what they see different, we’d be glad to hear it.

The following issues relate to using the 5.0 SDK to develop code.