A small company is hoping to fundamentally change the relationship iPhone owners have with their Lightning Cable. In fact, Bezalel is hoping to end every iPhone owner’s ritual of plugging their device into a physical charger just before they go to bed with the Bezalel Latitude.

The Bezalel Latitude is described by the company as the first “universal wireless charging case for the iPhone.” Essentially, Bezalel is hoping to solve the problems that ruin the wireless charging experience for every smartphone owner. What’s more, it’s hoping to make the technology something that average people that turn to traditional charging solutions today easier to use. The device first surfaced on crowdfunding website Kickstarter. It is among the devices on the display at CES 2016. 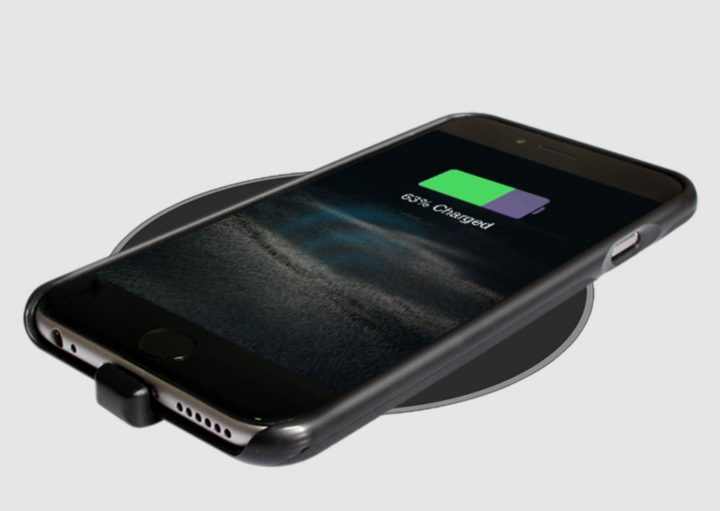 The wireless charging case fits around the rear body of the iPhone, leaving space for connecting a speaker or pair of headphones through the headset jack. Ordinarily, users of a device with wireless charging included would have to worry about whether the charger they’re trying to use supports the charging format that’s built into their device. Bezalel Latitude for iPhone includes both PMA and Qi technology. This means that users don’t have to worry about what kind of charger their using in public. Restaurants, airlines, Starbucks and even newer model cars support wireless charging.

It’s available now for pre-order now for $49.90 for an iPhone 6 and iPhone 6s compatible version. The iPhone 6s Plus and iPhone 6 Plus version will sell for $59.90. Both cases come in either white or black.

None of Apple’s iPhones feature wireless charging technology of any kind. The Bezalel Latitude’s way around this involves a tiny Lightning cable remains plugged into the port on the iPhone at all times. It has a slim profile so that it doesn’t get in the way when picking up the iPhone or holding it up.

iPhone owners that decide to purchase the Bezalel Latitude will need a wireless charger in addition to the case.