If you caught The Big Bang Theory last night, you were treated to a hilarious look at the truth behind Siri and relationships. I’m not talking about setting up releationships with your contacts, but an actual relationship with Siri.

After Raj figures out how to tell Siri what to call him, settling on Sexy, things start to get a little out of hand as he quickly makes a date with Siri. And that’s just the beginning.

Watch Raj and Howard peel the plastic off of Raj’s new iPhone and the beginning of a beautiful romance begin in the video clip below.

It doesn’t take long before Rajesh goes too far, taking every Siri suggestion and response as an invitation and acceptance of his questions. Excited that he is able to talk to a woman without drinking, he finds himself making Peking Duck, using Siri’s Wine recommendations and dressing up his iPhone for dinner.

If you have the time, I suggest watching the full episode on CBS, where you get to see Siri struggle with the crazy accent of Barry Kripke, who needs a “wist of wrestarant wrecomendations.”

You also get to see who Siri really is. 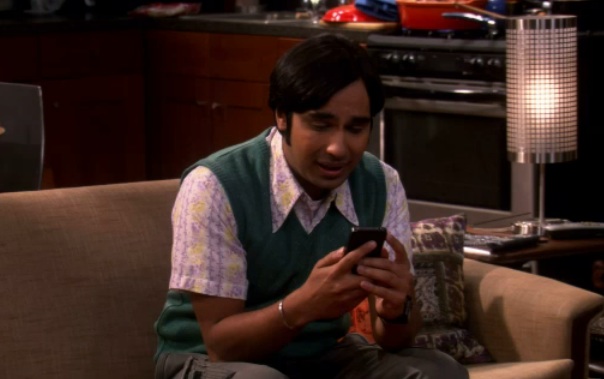 While I don’t recommend forming a relationship with Siri, you can quickly master the tasks that Rajesh was using Siri to do by reading – 25 Tips to Master iOS 5, Unleash Siri and Maximize iCloud.

Have you had a special relationship with Siri?