Millions of gamers around the world are waking up to a new Minecraft update that adds tons of new extras and things to craft.

This new Minecraft update 1.17/TU25/CU14 adds a ton of new building materials for users to choose from. Previously stone and bricks were the main material used in most buildings. The new wood add-ons should help breakup some of the monotony in that department. Following this Minecraft update, players can building anything with Oak, Spruce, Birch and Jungle woods. Mojang say each supports fences, gates and doors, which is crucial to getting Minecraft players to adopt the new materials in droves. 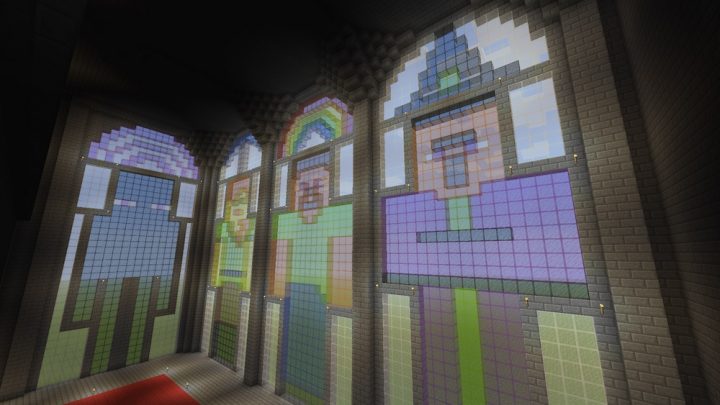 Anyone who has Minecraft on the Xbox One or PS4 knows that the experience can be a bit different from what’s available just on PCs. That’s because those versions of the game have been optimized for consoles. They usually run behind the more frequently updated PC versions of the game. This Minecraft update adds the classic crafting options that were previously only available on the PC version. Items added to the game also include Inverted Daylight Sensors, Books, Quills, Stained Glass and Iron Trapdoors.

Mojang frequently tries to pack mechanic upgrades into each Minecraft update and today’s upgrade is no different in that respect. After the update, anyone can create worlds with flatter terrain. By default, Minecraft worlds have hills, valleys and underground cave systems that hide resources. No its up to the player how flat they want their custom world to be.

This Minecraft update adds a handy menu screen for managing the settings that matter to the player most. Spawn positions, time, game difficulty and mode are all something that users can change without leaving their world and going back to the settings. This feature is terrific for users who might start out in the mood for some survival and decide to be more creative later in their play session.

This Minecraft update is available free to anyone who has a console version of Minecraft, according to this weeks post from Mojang. The developer defines consoles as the Xbox One, Xbox 360, PS3 and PS4. That means that Minecraft players on iPhones, iPads, Android smartphones, Windows tablets and Windows phones shouldn’t expect a Minecraft update today.

Mojang recently announced that it’d sold 20 million copies of Minecraft for PC and Mac, making it comfortably the best-selling game of all time on those platforms. Sales numbers like that are likely why Microsoft decided to purchase the game and its development company some time back. Microsoft says it plans to keep Minecraft on all of the platforms it’s currently available on, even though there are PS4 and PS3 versions that rival the Xbox One and Xbox 360 versions.

During E3 2015 Microsoft showed off a new version of Minecraft built specifically for its Microsoft HoloLens wearable computer. In the demonstration a Microsoft employee is seen playing the game through a virtual hole knocked into a bare wall. He later moves his Minecraft world onto a desk sitting in front of him. Using voice commands he was able to see a friend playing with him on a Microsoft Surface.

Minecon, a huge gathering of Minecraft fans and developers kicks off this weekend. Mojang is expected to share more about future Minecraft updates and that special HoloLens version.