In my few years as a tech writer, one thing I haven’t been able to grok, no matter how hard I try, is why the tech writer crowd often hates the tech that consumers love. It’s not that most consumers love really terrible things like Sylvania laptops or the Grid10 tablet, but tech writers get all up in arms when they love things that they shouldn’t according to some blogger.

Case in point, Jordan Crook’s “Big Phones? So Over.” post on TechCrunch today. Despite the fact that Samsung shipped 5 million Galaxy Notes and people around the world and in the U. S. really like them, Jordan wants manufacturers to stop making larger phones: now. Why? Jordan doesn’t like them. And neither should you.

The part that really made me make a Huh? face is that Jordan isn’t just railing against the larger than average Galaxy Note, she’s even against 4.3-inch displays. 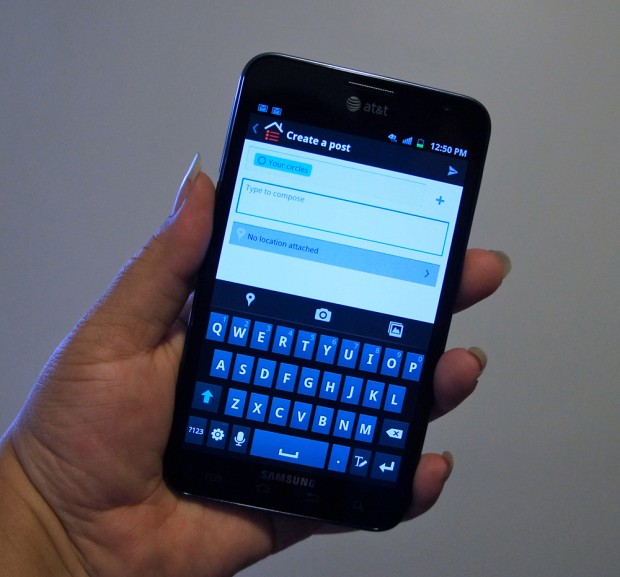 I totally concede that… [w]atching video and playing games on those honking Android phones tickles my fancy in a way my little iPhone cannot. … But then I try to do something normal. You know… text a friend, send an email, browse the web, get directions, tweet, Instagram a pic… or whatever. Sure, I check out YouTube a handful of times a week… [and] when I’m chilling at home and news is dead, I’m probably running through a temple or flinging birds or effing up Liberty City in a freshly stolen car.

But on the whole, I’d say that 90 percent of what’s done on my phone has nothing to do with video or gaming, which is where the larger screen really wins.

That bit above? Is just plain stupid. I’ve been using a 4.3-inch phone since the HTC Evo 4G launched and when I have to step down to a smaller screen to review something, I notice it. Not just with video and games — which I tend to do on my tablet, anyway — but with text-based apps, too.

I read a lot on my phone. Books, magazines, news feeds, email, social networks. Having a larger screen makes reading better, hands down. Larger screens also mean higher resolutions in some cases. And that makes a world of difference when looking at smaller text and fitting menus on a screen so you don’t have to scroll.

Typing is also much better on a larger phone. I notice that certain people always make the mistake of assuming that just because they can type accurately on a narrow keyboard with the very tip of their thumbs that everyone can do this. Nope. I, and everyone else with nails (including some men) do not have this luxury. And I find it annoying to have to go landscape when typing just to get a comfortably-sized keyboard.

That alone affects 80% of what I do on a phone, so it’s very relevant to my life.

Jordan says: “My phone is first and foremost about utility. I’m connecting to work, I’m emailing, I’m texting, I’m checking in on my social networks, and I’m surfing the web constantly.”

Me, too! Which is exactly why larger phones are better for me. Instead of getting in the way, they make all of those tasks easier or faster or more convenient. This goes for the Galaxy Note, too. And, for the record, I’m a woman and don’t have giant hands. The idea that lady hands are so tiny and weak and delicate that they can’t physically send a text with it is sad coming from another woman. 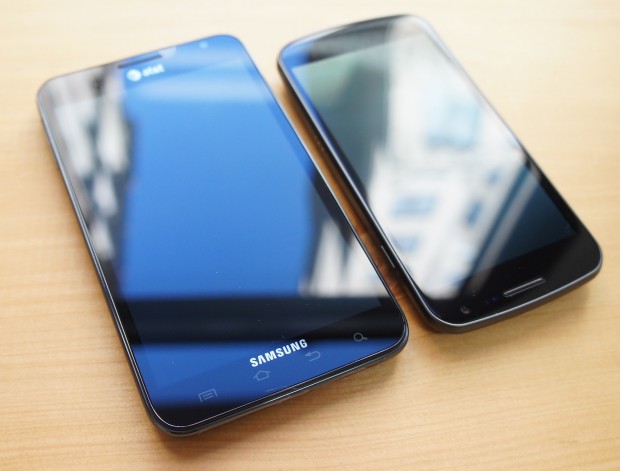 As to the “it won’t fit in a pocket” argument: you do know that you’re not supposed to carry it in your pocket, right? Read the manual (if you can find it), it says so in tiny print. I know people will continue to ignore that, anyway, but in that instance I have no sympathy for you. Jeans too tight for a 4.3-inch phone? Carry a purse/bag, wear a jacket with pockets, find a belt clip, wear looser jeans, rock one of these things.

Snark aside, I recognize that not everyone finds big screens more convenient or useful. And, unlike Jordan, I really don’t have a problem with that. Some people might not want or need a 4.3 or 4.65 or 5.3-inch display. This is why we have variety. Variety is good.

But given the fact that the 4-inch plus sizes are very popular with consumers, I feel pretty secure in saying that anyone who complains about people buying them for no other reason than “But I don’t like it!” is just being a foot-stomping, irrational child.

Jordan makes it seem like companies are suckering consumers into thinking that they want or need big phones when people don’t really want them. But how is her coming off like a Vogue tastemaker and declaring the look “so over” any less manipulative or dictatorial?

That whole variety thing means that if people don’t want a big phone, they won’t buy it, flagship or not. Because the people who really, deeply care about having the newest phone, the flagship device, or the gadget with the most newest version of the operating system are NOT the 99% at all. They’re the early adopters, the true fans, and the geeks (like me!). And we’ll be on to the next new thing within weeks or months, anyway.

Smartphone buyers, do not stop buying big phones if a big phone is what you want. Don’t let anyone tell you that having a big phone isn’t okay because it won’t fit in your skinny jeans or you don’t watch enough video or it’s just not cool, anymore. If a big phone gives you what you need, then go on with your bad self. If a smaller screen is more your style, I salute you.

But please, leave the haters to their haterade.