In a bid to fend off legislation to regulate the wireless industry, the industry, represented by CTIA, is now self-imposing measures that would mitigate bill shock through overages and roaming charges. The CTIA and its partner carriers, which includes the four national carriers such as Sprint, AT&T, Verizon, and T-Mobile, will now send out alerts to customers before they reach their monthly limits for voice, data, and text charges, as well as warn customers before they start racking up roaming charges. 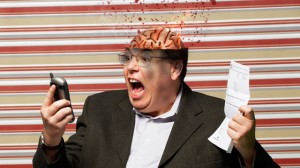 These self-imposed guidelines are part of an effort of the wireless industry to avoid FCC intervention, though non-compliance with these guidelines can still force the FCC to regulate.

According to the guidelines, carriers will provide at least two of four alerts within the 12 months, and the remaining alerts within 18 months. The alerts are: voice, text, data, and roaming. In order to provide these alerts, carriers will need to make substantial investments to overhaul their billing systems.