The next Microsoft Windows Phone 7 update, codenamed Mango, may extend Microsoft’s Bing franchise for the platform beyond just search, voice, and mapping functionality as Mango is speculated to deliver new Bing features. Like Google, which is leveraging various different assets to deliver apps and integration in Android, Bing is rumored to be bringing Bing Audio, Bing Vision, Bing turn-by-turn navigation, text-to-speech (TTS) support, a podcast app, and dictation support. These features are in addition to improved multitasking that was already previously rumored for the Mango update. The combined effects of the update will help Microsoft match Google’s Android feature sets as well as propel Windows Phone 7 past iOS in terms of what the platform is capable of without relying on third-party apps.

According to Windows Phone Secrets, the Windows Phone 7.5 Mango update will be host to a variety of voice navigation support. In the past, Microsoft Research has alluded to voice as part of the NUI–or natural user interface–beyond just touch or gesture support, and Mango may be the result of that effort. 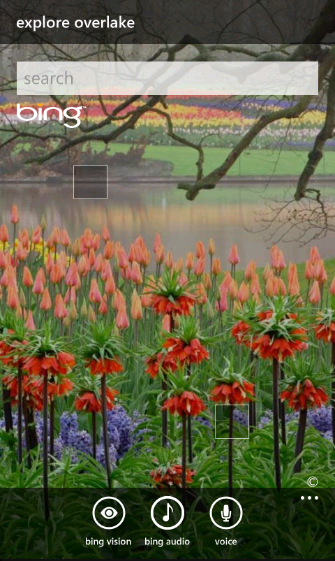 With Bing Audio, Microsoft may be leveraging free support for music discovery to help promote its subscription-based Zune ecosystem for music downloads. Bing Audio will rival Shazam and SoundHound, and will allow users to use their Windows Phone 7 hardware to ‘listen’ to music clips; after the clips are analyzed, Bing Audio will send back the search results including song name and artist information, for example.

Visual search is the next evolution in Bing’s search capabilities and Bing Vision will be a major mobile component to Microsoft’s vision for search domination. The service will utilize Windows Phone 7’s built-in camera and allow users to search using barcodes, QR codes, Microsoft Tags, and images of books, CDs and DVD covers for example. Users may also be able to scan in various products as well with their camera, and the service will compete with Android’s Google Goggles and Google Shopper. 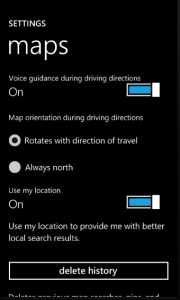 Another welcomed update would be turn-by-turn navigation with Bing Maps where users can turn on voice guidance. The service will directly rival the free Google Maps with Navigation, currently in beta, on Android. Right now, it looks like the mapping update may be delivered before the partnership with Nokia. Nokia, which has been a big player in the mapping space after acquiring Navteq and delivering free locally-stored on-device maps through Ovi Maps, will also be working with Microsoft as part of its Windows Phone 7 partnership to help improve navigation. It’d be exciting to see how Bing Maps and Ovi Maps will evolve over time. Currently, iOS lacks voice-guided navigation support, but the feature can be obtained through third-party solutions. 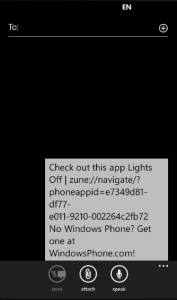 Continuing with the voice theme, there’s also dictation support for text messages. Like the voice button on the Android keyboard, users can now hit the microphone icon and dictate their SMS messages and replies. The service can be a big hit as a loot of states and countries are enforcing stricter cell phone use laws while driving. Also, with voice dictation, it will help users compose messages more quickly and efficiently, and falls in line with how Microsoft is promoting Windows Phone 7. In the company’s initial marketing blitz, Microsoft says that the platform is about getting in your phone to do what you need to do quickly and then getting out of your phone so you can be in real life, not bogged down by your phone. Hopefully, dictation will be more ubiquitous through the device, including in emails, composing notes, or other functions. It’d be really great, for example, to be able to compose a quick Word document through Office support on Windows Phone 7.

Marketplace, which is the official app store for Windows Phone 7, may also host podcast downloads as well. Searching for things through the Marketplace search had yielded things from the Zune music store as well, and it looks like Marketplace will also be the hub to discover the latest podcasts as well.