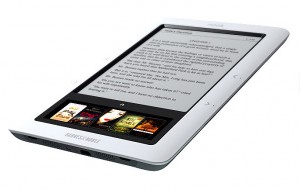 As we live in the digital divide between physical goods (e.g. actual copies of CDs and DVDs) versus digital goods (such as the streaming movies and iTunes downloads), we’re seeing a lot of experiments on how publishers, content owners and creators, and stores establish and tweak their business models. To borrow Wired magazine’s Editor in Chief Chris Anderson’s paradigm between bits–the digital version that occupies bandwidth–and atoms–the physical goods that take up store space–paradigm, how can publishers and content holders move forward to increase adoption of anything digital from movies and music downloads to books and magazines without cannibalizing their counterparts in the world of atoms? While the Kindle, iPad, and nook have all propelled e-books mainstream, we’re still seeing some reluctance from consumers in purchasing the bits version of books. And in terms of movies, publishers still seem reticent in allowing consumers to rent the bits version of videos on the cheap on Apple TV, despite Steve Jobs’ best hopes. In this editorial, I will share some of my views on some of the constraints and explore some models for bits and atoms to coexist and be beneficial to the consumers looking to adopt new technologies in a world of mixed content ownership. Ii’ll also ask you to share your thoughts and opine with me on what it would take to go digital.

In a move that mirrors Barnes & Noble with the physical retailer’s nook digital reading device, online retailer Amazon had announced late last month that the Kindle will get a lending feature so that book owners can loan out what they’re reading to friends and family members.

Later this year, we will be introducing lending for Kindle, a new feature that lets you loan your Kindle books to other Kindle device or Kindle app users. Each book can be lent once for a loan period of 14-days and the lender cannot read the book during the loan period. Additionally, not all e-books will be lendable – this is solely up to the publisher or rights holder, who determines which titles are enabled for lending.

That seems natural, after all, as the nook has the same stipulations and the same loan period. However, it is these hybrid models of bits and atoms that may help to propel digital content ownership and may bring the world of e-everything mainstream. After being accustomed to outright “owning” whatever it is that have–books, CDs, movies, and the such–it seems that many consumers are wary about their rights and how digital ownership may limit or hinder those rights.

Lending to Create a Shared Experience
But if there is a lending feature for books, why not extend that feature to other digital domains, such as games, apps, music, and movies? We’re able to go to Best Buy and purchase a copy of our favorite flick on a physical DVD and loan it for a friend for an undetermined period of time, so why not have a slight variation of that feature in the bits world? If we’re able to let a friend “borrow” a digital copy of a movie for a period of time–say 2 hours–and the movie is really good or worth re-warching, perhaps this can spur additional sales or rentals. After all, movie watching is a social experience, and sometimes we have friends over to share that experience in a common living room or home theater. With the world of bits, that “living room” space is no longer confined by geography, and we can have friends from any part of the globe sharing the same experience on their screens at the same time. The question is–why do we need different licenses to accomplish this? iTunes has worked, to limited success, around this issue by allowing up to five computers to share digital content downloaded through the service, though you’d still need share that log-in information for each computer/user.

However, as GottaBeMobile is a mobile site, we’re going to apply the same concept to apps and games. The digital download market for mobile apps is rising, thanks in no small part to the iPhone and the App Store and the rising popularity of Android. In terms of the iTunes App Store, however, the biggest problem right now is that developers have no way of offering time-limited trials to consumers. Instead, they offer limited levels of game play for free, and users can either use in-app purchases to buy more levels or purchase a separate full version of the app. I propose, however, that trials may not be the answer and perhaps Apple was right–controversially–in not admitting “trials” in their purest form onto the App Store, and the reason being is that we’re an increasingly social digital community. 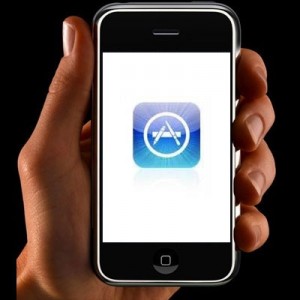 Perhaps a different model for Apple and/or its competitors to pursue is one of content lending for apps. A trial is only as effective if a user discovers the app and finds something compelling about such app that warrants them to download the app and invest valuable time in trying to familiarize themselves with the app and then decide if they want to purchase it in the end. However, what we’re finding is that recommendations are better instruments for sales–either via a review from a popular blog (like GottaBeMobile), through a friend, or a suggestion (much like Netflix for movies recommendation). Why not make it a social app discovery process? I have purchased this great app–let’s call it XYZ App–and you, my friend, are curious about it. You’ve seen me use XYZ App while we’re riding the subway together and you want to give it a run for a week before deciding whether it’s worth your time and monetary investment. In this social digital world, I can lend you this app for a week, after which it would expire and prompt you to purchase your own license, and you get the full experience along with my insights and personal recommendation. It’d be very similar to Kindle’s and nook’s e-book lending, and will definitely add value by utilizing social recommendations from close and trusted source.

The Benefits of Going Social: Trusted Word of Mouth Advertising 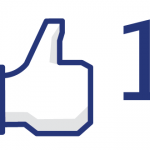 But why is social recommendation important, especially considering the number of reviews online already? Well, briefly stating, it is more personalized and may be more trusted. The idea behind this is what prompted Microsoft to include Facebook results in the Bing search engine. In its announcement, Microsoft said of social recommendations:

Indeed we see it all the time: 50% of people say that when making a decision, they take into consideration thoughts shared by others in their circle of friends.
What’s most exciting to us at Bing is the evolution of this new signal, based on something more than just pattern recognition or keyword matching. This new signal will allow us to do a better and more comprehensive job predicting what resources and content are most relevant to you because, in addition to all the other signals we use, other people you trust have found them interesting. It means better, more personal search experiences and better tools and input to help you make decisions.

Hybrid Existence of Bits and Atoms
Perhaps the thought of converging between a digital and physical world is that the two need not exist in either extreme. We can really have the best of both worlds if content owners feel comfortable enough to relax some of their stringent regulations, DRMs, and rights. We’re beginning to see more of this through Amazon’s expansion of its Disc+ service to 10,000 DVD and Blu-ray titles, which essentially allows purchasers of those titles on physical media to also have the instant gratification of watching those flicks right away through Amazon’s Video On Demand streaming service–buy a movie and get both streaming and physical disc.

And then there is also the post-purchase considerations as well and how to handle so-called digital waste. After I am done reading a book, or perhaps grow out of my favorite children book as I enter adulthood, I can always donate the book or sell it on the secondary market in the atoms world. In the bits world, my digital book or app would sit the digital abyss–the digital landfill–waiting to be loved by someone else. It’d be interesting to see if someone can effectively monetize and create a secondary market for discarded e-content. How about a used e-books storefront where purchasers can pay used book price to the original owner, and also have a certain percentage of that money go to the content creator as well?

Eliminating Obsolescence
We’ve seen it before in the atoms world–once a new format, such as DVDs, eliminates the need for an older format, such as VHS, users are concerned that they’ll have to replace what they have bought. However, the risk seems to be smaller in the world of atoms, especially where books are concerned as books don’t get replaced. However, in the world of atoms, the waging standards and platform wars may be a deterrence against adoption. If content owners can work out a way of transferrable licenses, similar to a secondary market offering that we just talked about, we may see adoption increase without worrying consumers. Right now, though, we have reluctant digital content purchasers who may worry that they will have to re-purchase the same app if they migrate between an iOS-powered iPhone and an Android smartphone, or if they would need to re-purchase their music library moving between a Zune and an iPod Touch, though the recent move to DRM-free MP3 offerings from both offerings have helped to alleviate some of these concerns. Perhaps, by eliminating the needless fear of having to re-purchase content if a user switches between two platforms may help spur sales.

In a small way, Apple has been successful in its Mac switcher promotion. By highlighting compatibility with Windows boxes, the Mac maker has been gaining more switchers to OS X as new users to the platform know that they can boot into Windows using Bootcamp technology to run familiar Windows program without having to purchase the Mac equivalent of commonly used software.

Conclusion
While we’ve talked about books, apps, and games in this editorial, the same can be said about other digital content–music, ringtones, and digital downloads of computer software. While Apple has made it easy for digital adoption via the App Store with fairly reasonable prices to splurge and experiment with the right set of apps, games, and content, I would argue that digital adoption can only increase if users know that there is some inherent value behind their purchase. After all, with today’s model, if you don’t like what you buy, the value basically depreciates to zero as you can’t resell it. Having a secondary market, allowing loans and rentals of digital content between friends, and being “social” can take digital content beyond what publishers and the Apples and Amazons of the world could have ever envisioned. Beyond instant gratification–the ability to watch, play, or use whatever you purchased right away–of going digital, digital content must be able to live on beyond the initial purchaser’s interest in the product.

If you haven’t already purchased a digital book, what would prompt you to build your digital library?