eReaders will be available for up to 50% off on Black Friday, but most of the deals are on Amazon’s and Barnes & Noble’s entry-level devices.

eReaders aren’t the flashiest gadgets, but they are definitely one of the best gifts you can give to bookworms. eReaders with monochrome displays are more affordable than ever and there are now plenty of options for those who want color displays and more functionality.

Here’s a breakdown of the four best Black Friday eReader deals we’ve found, followed by a list of Kindle and Nook deals. 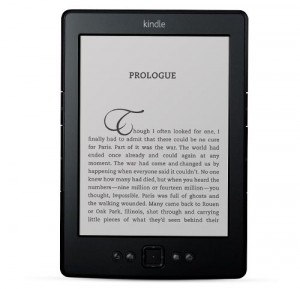 Weighs less then the normal book, fits just as well as a phone in your pocket, and holds over 1,000 books. The Kindle is not only one of the faster growing eReaders on the market, but has some Black Friday deals that should be taken into account.

The Kindle Paperwhite is too new for significant Black Friday discount, but several stores will offer pre-orders and limited stock, which may be the best bet for picking one up before Christmas for many shoppers. Amazon promises delivery by December 21st, but users that miss this window or need it earlier may need to line up on Black Friday to pay full price.

The Nook lineup are popular alternatives to the Kindle readers and tablets.  Starting at $49 on Black Friday, the Nook Simple Touch eReader is the most affordable eReader we’d recommend buying.

Those who don’t want to wait in line for an eReader on Black Friday should visit Barnes & Noble’s website, which will hav

Barnes&Nobles online is giving away codes to enter online which can give up to 30-50% off on all Nook devices.