The December Black Ops 3 patch is live on PS4, Xbox One and PC. This is a quick look at what you need to know about the update that brings a lot of weapons changes, introduces new secondary weapons and includes some PC specific fixes and optimizations.

On Monday the PS4 & Xbox One Black Ops 3 update arrived and on Tuesday it landed on PC. This goes by several names, but whether you call it the December Black Ops 3 update, Black Ops 1.04 patch or Black Ops Update 4 — we’re still talking about the same set of changes, features and possibly new problems.

This is not the first patch for Call of Duty: Black Ops 3, but it still adds in some fixes for lingering problems and addresses some gamer complaints from the release in November and from the last update. 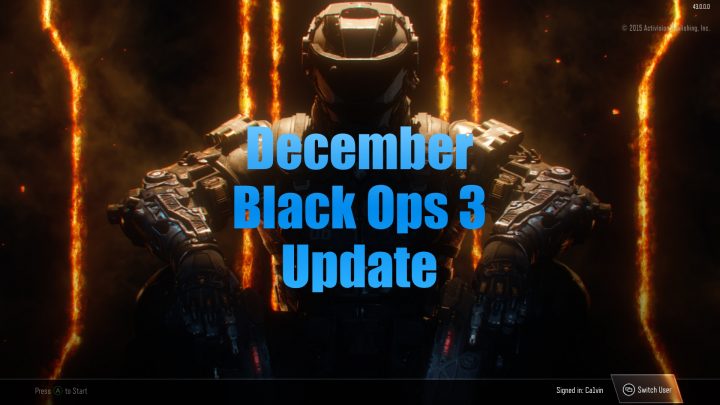 What you need to know about the December Black Ops 3 update on PS4, Xbox One and PC.

Unlike some other games, where patches come sporadically and only as a major download like Black Ops 3 update 4, the team at Treyarch rolls out changes to the game with smaller focused hotfixes. One of these delivered a plethora of weapons changes to the game last week, which are outlined in full in the December Black Ops 3 patch notes.

After spending some time with the Black Ops 3 1.04 patch, here is a look at the most important things you need to know.

There are a lot of changes in the December Black Ops 3 update that fix some frustrating Call of Duty: Black Ops 3 problems. Here is a list of some of the fixes that are included in Update 4.

There are also map fixes and a lot of weapons changes that may force you to change your strategy or weapon of choice.

We’ve confirmed that what’s new in the December Black Ops 3 update on Xbox One and PS4 is also available on PC, but that’s not all.

One change we see users noting on Steam is that there is not an option to set Graphic textures manually anymore.

We are waiting for the PC Black Ops 3 patch notes for update 4. When available we expect to see them added to the news section of Black Ops 3 on Steam.

There is a major shift to how you use Cryptokeys in Black Ops 3 after the update. Cryptokeys are traditionally earned by playing the game, but after this update you can now buy Call of Duty points to essentially buy Cryptokeys. 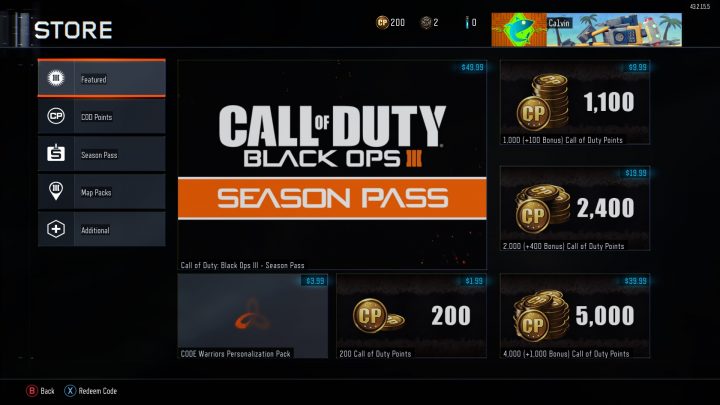 It costs 200 Call of Duty Points for a Rare Supply Drop. That is $1.99 in real currency, but everyone gets 200 free points to start out with.

Why @DavidVonderhaar WHY DID YOU YOU ADD THESE FREAKING COD POINTS WHY.its like you just want to kill the cod franchise, thanks vonderhaar

Even if you don’t want to spend real money, you can take advantage of faster earn rates and what appears to be better yields in the Rare Supply Drop options. You can also “burn” duplicates to earn back cryptokeys.

There are a ton of new Call of Duty: Black Ops 3 Prestige levels that allow dedicated and skilled gamers to continue leveling up after Master Prestige.

If you see people who have a Black Ops 3 level 56, 57,  or even as high as 71 in some cases already, they are simply leveling up farther and farther.

When you lose a match to them, they are not hacking the game, they simply play a lot or are really good at the game.

After installing the Call of Duty: Black Ops 3 update on Xbox One the game started to crash.

The first two times we tried to play the game finished checking for updates, showed the message of the day then froze and crashed to the home screen. If this happens to you, try holding the home button until the Xbox One turns off all the way, waiting a few seconds and starting over. that should fix it for most users. It is also worth trying on PS4.

Many other problems center around connectivity, which is something we saw with the last Black Ops 3 update as well. Users share their experiences.

@DavidVonderhaar Please fix the connections! Before the update I was getting full bar but after it I am now I'm getting 3 bars flat!

@DavidVonderhaar why is theater mode lagging and freezing

Other issues include theater mode problems and users getting stuck on some screens. We may see a hotfix come to address some of these new problems.