In the buildup to the January 30th launch of RIM’s new BlackBerry 10, we’ve seen a number of leaks emerge from both a software and a hardware standpoint. It has become clear that the virtual keyboard powered BlackBerry Z10 and the BlackBerry X10 QWERTY will be the two devices that usher in RIM’s new era of devices. And from the looks of things, it appears that case makers are already primed and ready for the arrival of the devices.

At CES 2013, we saw a number of cases including the rumored Mophie iPhone 5 battery case to go along with a number of others, a potential Galaxy S4 case and we also had the pleasure of encountering BlackBerry 10 cases, courtesy of Case-Mate.

Case-Mate is, of course, a well-known case designer for smartphones and tablets so it wasn’t surprising to see it at CES. What was surprising though was its willingness to show Gotta Be Mobile one of its BlackBerry 10 cases, which can be seen below. 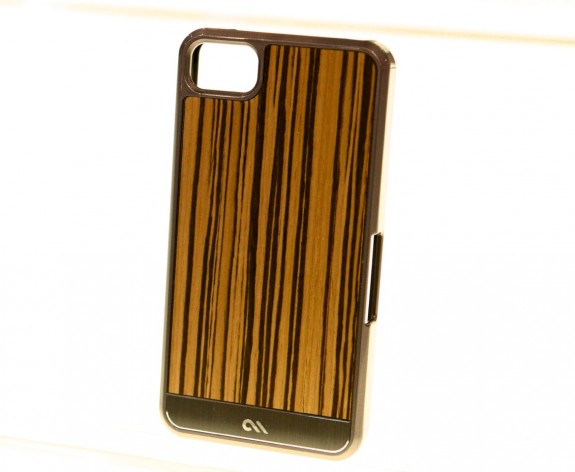 This is a case for an upcoming BlackBerry 10 smartphone, presumably the BlackBerry Z10.

The case appears to be for the BlackBerry Z10, the device that will sport a virtual keyboard, though the company would not confirm that. The company did confirm to us that the case is indeed for a real BlackBerry 10 device however.

The company’s case looks a lot like an iPhone 5 case from a distance. Even up close it’s hard to see much of a difference between the BlackBerry 10 case and the iPhone 5 cases from Case-Mate that are already on the market. This BlackBerry 10 case is slim and is constructed out of brushed aluminum. The design aesthetics are similar to ones we’ve seen from previous Case-Mate cases.

On the sides, are two rectangular holes that we believe are for the volume rocker and for charging or a microSD card slot for expanded storage space. On the back, we have a wide opening for the camera that will be on the rear of the device. 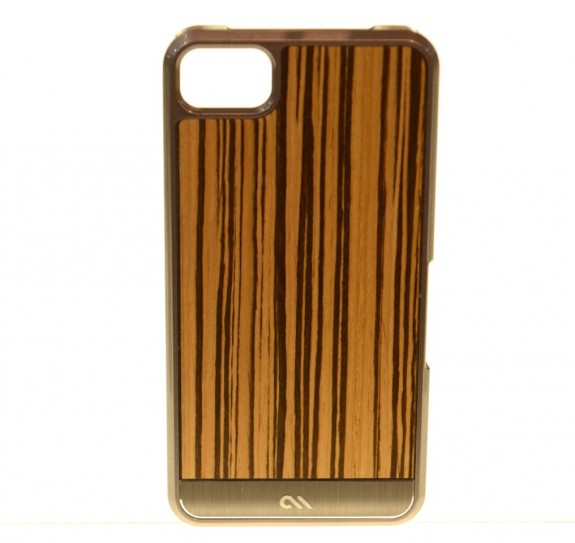 Another look at the BlackBerry 10 case from Case-Mate.

Again, Case-Mate did not say when this case would go on sale but we expect the company to have several offerings for potential BlackBerry 10 customers as soon as the hardware arrives.

RIM told us at CES that BlackBerry 10 will launch soon after the announcement though the launch dates will vary depending on carrier and on region. Thus far, we’ve see all four major U.S. carriers confirm BlackBerry 10 for their networks with AT&T, T-Mobile, Sprint and Verizon all slated to carry BlackBerry 10 at some point in the future.