Earlier today, RIM confirmed that it would be releasing a grand total of six BlackBerry 10 devices over the course of 2013. Right now, only two of those devices are known and they are the two devices that RIM plans to announce on January 30th. The first, the rumored BlackBerry Z10, is supposed to be a BlackBerry 10 powered device with a virtual keyboard. 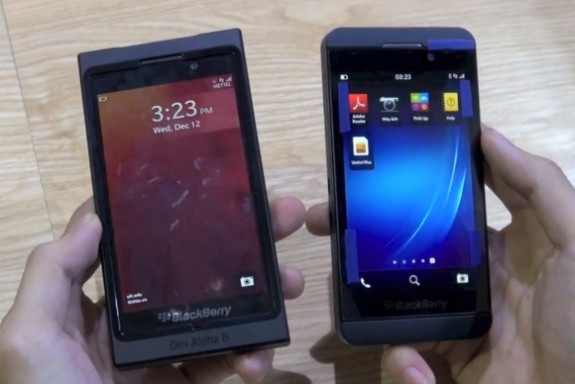 BlackBerry 10 will be heading to AT&T, T-Mobile, and Verizon.

The second, presumed to be called the BlackBerry X10, is supposed to be RIM’s first BlackBerry 10 smartphone with a physical keyboard. The other four devices are, as of yet, unknown. And while details about the BlackBerry Z10 and BlackBerry X10 remain unconfirmed, it looks like their destinations may have been confirmed to Reuters by RIM itself.

The company has confirmed that BlackBerry 10 devices will be heading to AT&T, T-Mobile and Verizon, the second time we’ve seen T-Mobile and Verizon mentioned and the first time that we’ve seen AT&T confirmed as a BlackBerry 10 carrier. The company did not specify which device would be heading to which carrier but we imagine that those details will emerge either at the January 30th event or shortly thereafter.

RIM confirmed that BlackBerry 10 devices will be hitting shelves shortly after their January 30th launch, though the company says that it depends on carrier and region which means that some countries might be in for a bit of a wait. It’s also unclear which devices will be heading where.

BlackBerry 10 is RIM’s latest operating system, replacing BlackBerry 7. It will be the company’s answer to iOS 6, Android Jelly Bean and Windows Phone 8 and it represents the companies biggest launch in a over a year.