On stage RIM showed off a collection of new BlackBerry 10 features, which RIM believes will bring users back from iPhone, Android and Windows Phone.

BlackBerry 10 is a modern update to the BlackBerry system, bringing a gesture based operating system and a brand new touch screen phone.

RIM CEO Thorsten Heins told members of the press that BlackBerry 10 is designed for Hyper-Connected users who want to get things done in their personal and professional life, talking about a users’ “personal internet of things.” 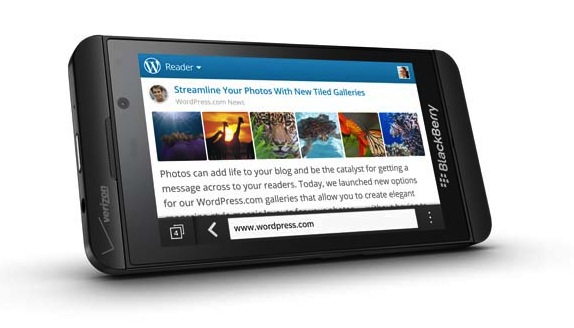 The BlackBerry Z10 is coming in March to U.S. carriers.

Before launching into the announcement, Heins announced that RIM is now renamed BlackBerry, a company focused on BlackBerry.

BlackBerry announced the BlackBerry Z10 and BlackBerry Q10. Both phones are confirmed for Verizon in mid-March and for other U.S. carriers around the same time.

BlackBerry smartphones are known for their keyboards, which many users find tough to leave when switching to an iPhone or Android. With BlackBerry 10, RIM is putting a renewed focus on touch, and betting that their new software keyboard can beat the competition. 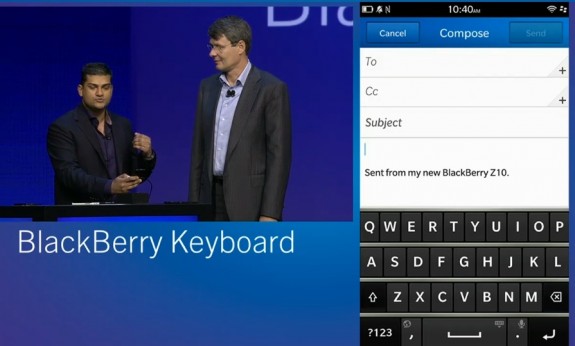 The BlackBerry 10 keyboard brings many features to the on-screen keyboard.

The BlackBerry 10 keyboard supports on the fly next word suggestion, which means it can predict the next word before users start typing it. Android users enjoy this feature on SwiftKey, which makes it easier to type accurately and fast. RIM adds keyboard ‘frets’ to add spacing to the keys, which it claims will make typing on-screen easier and accurate.

Users can also look forward to continuous learning, a feature that learns what users are typing and can not only learn words, but start to predict other items based on past use. 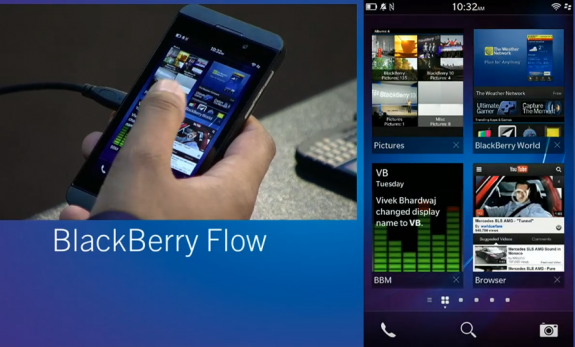 With BlackBerry 10 users can multitask between multiple apps using BlackBerry Flow, a new feature that makes it possible to swipe to a screen showing cards for programs that are running. 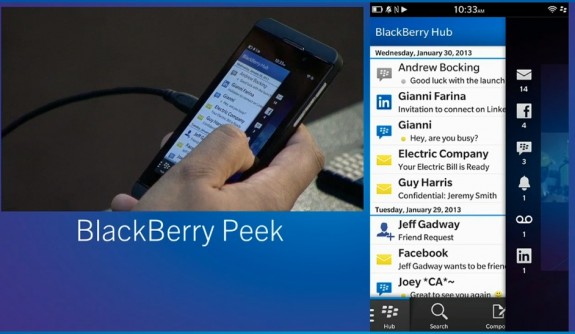 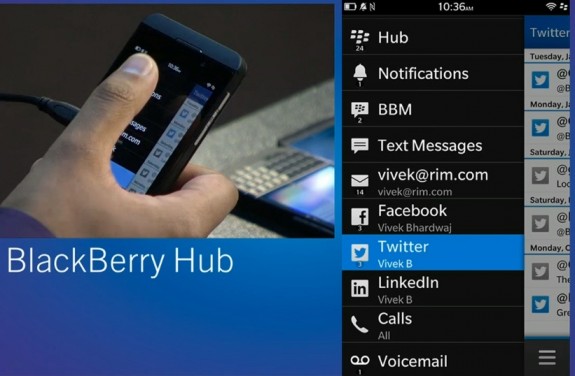 BlackBerry Hub is an essential part of the BlackBerry 10 experience.

With BlackBerry Balance, users can switch between work and personal apps and uses with a quick gesture. This allows users to stay in control of their personal life while keeping work secure. BlackBerry hopes this new feature, shown in the video above, will allow users to carry one phone. 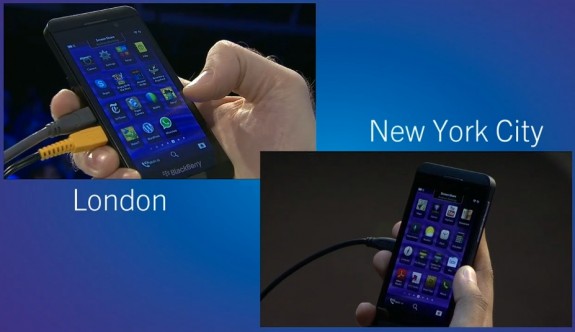 BlackBerry 10 includes a new version of BBM, which makes it possible to jump from messages to a video call and straight into screen sharing. With screen sharing, users can see the screen of another BlackBerry 10 device, simplifying sharing an experience, document or asking for help using the phone.

With the BlackBerry 10 camera app users can tap to take a shot, move focus around with their finger and use Time Shift to quickly pick a photo where someone is not blinking or looking away, as shown in the video above.

Check out the latest BlackBerry 10 news.