It was previously speculated that Facebook’s Instagram photo sharing network would be delivering a dedicated app to BlackBerry 10 smartphones in the future, but now we are hearing that this won’t be the case. According to sources to All Things D, Instagram will not be headed to BlackBerry now, but the source isn’t ruling out Instagram’s arrival at a later date for the platform.

Instagram began as a photo sharing service that was and continues to be free to use. First debuting on iOS, Instagram has since been ported to Android, and theoretically since BlackBerry 10 does have an Android emulator on board, Instagram could technically be emulated on the BlackBerry environment. However, as All Things D reports, there are technical hurdles as the code that Instagram was created on may not easily be ported. 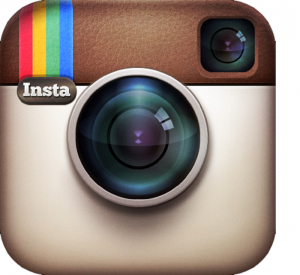 One reason for not delivering Instagram apps natively yet to platforms like Microsoft’s Windows Phone 8 and BlackBerry’s 10 OS is that the Instagram team, while is now part of Facebook, is still small with a 20-person effort.

And though BlackBerry and Facebook have enjoyed a cozy relationship in the past, it would have been curious to see Instagra debut on BlackBerry 10 ahead of making a showing on Windows Phone as Microsoft has an investment in Facebook.

And while users can still share and upload photos to the native BlackBerry application, Instagram comes with its own sets of artistic filters, a square-cropped resolution, and an experience that’s solely dedicated to photo sharing. That means no status updates, unless said updates were accompanied by a photo.

As Windows Phone battles it out with BlackBerry for the number three spot in the mobile platform ecosystem after iOS and Android, the lack of popular apps and services on both platforms show how hard it is to convince developers to develop native apps. Without users, developers may not find the audience needed to make money, and without apps, users may not feel the value that they expect. It’s a catch 22 for both sides. One potential for the future would be to move entirely to web apps, an idea that Apple had prematurely introduced with the original iPhone in the summer of 2007 to massive criticism, prompting the iOS-maker to deliver and create what is now the world’s most robust mobile app store front.