BlackBerry 10 Shown Off on Video

Today, RIM finally showed off an early build of its upcoming BlackBerry 10 software giving us a glimpse at the future of a company whose present is currently in shambles.

The company has posted the first video of BlackBerry 10 which shows off some of the core features of the operating system running on a nondescript and bulky piece of hardware that will likely never been released to the public.

We also see another user playing back video from the phone onto the television screen.

Not bad for a first teaser video and it certainly should have more than a consumers excited about the prospects of a brand new operating system from RIM. 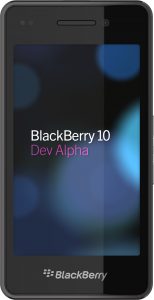 In addition, RIM showed off a new and improved camera app that will be coming with BlackBerry 10 which looks to be a vast improvement over the camera UI found in BlackBerry 7. One of the biggest features of the new app is the ability to edit photos from within the application itself.

RIM also showed off its first BlackBerry 10 developer device, a device that leaked out just a short time ago, and it’s a device that the company will be using to entice developers to build on its new platform.

Specifications on the device include a 4.2″ screen with 1280×768 resolution, a microHDMI port, Bluetooth and Wi-Fi, as well as microUSB.

This device will never be released to the public at large so consumers can expect something a little different when the software does arrive.

RIM is expected to launch its first BlackBerry 10 smartphone at some point in August with a release coming no later than October of this year.