With the holiday shopping season about to kick into high gear with Black Friday around the corner, sales of Research in Motion’s smartphones running the BlackBerry 7 operating system are beginning to slow following an early promising start. According to Canaccord Genuity analyst Michael Walkley, retail checks for BlackBerry sales across major U.S. carriers are showing slowing trends. 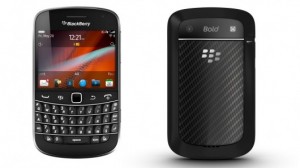 When RIM had launched its new portfolio of smartphones with the debut of BlackBerry 7–headlined by the flagship touchscreen Bold 9900 series–there was strong excitement. However, since the introduction of the iPhone 4S this fall and the arrival of the nearly free iPhone 3GS with a two-year contract, it seems that sales are slowing for RIM, which is struggling to maintain market share in a transition period before the company introduces its new BBX operating system, which marries the QNX OS from its tablet to its smartphone hardware. Additionally, new Android introductions, such as high-end hardware from HTC, Motorola, and Samsung, along with the introduction of Android 4.0 Ice Cream Sandwich, are stealing the spotlight from RIM.

In a research note to clients, Walkley says, “We anticipate increasing competition across all tiers of RIM’s products in 2012.”

On the tablet front, RIM is also struggling with its PlayBook tablet, a dual-core offering with a 7-inch display. Since the launch of the PlayBook, new offerings from Barnes & Noble and Amazon are matching the PlayBook’s basic specs but offer a lower entry-level price point for consumers. Now discounted to $200 for the base model from the $500 launch price, RIM will not only face increased competition in the smartphone space, but also in the tablet arena as well.