True to earlier rumors, Verizon Wireless has launched Research in Motion’s latest flagship BlackBerry Bold 9930. The smartphone will cost $250 with a two-year contract–no rebates required. The world-phone BlackBerry will work on Verizon’s 3G CDMA network here in the U.S. and on a GSM or CDMA network while traveling. 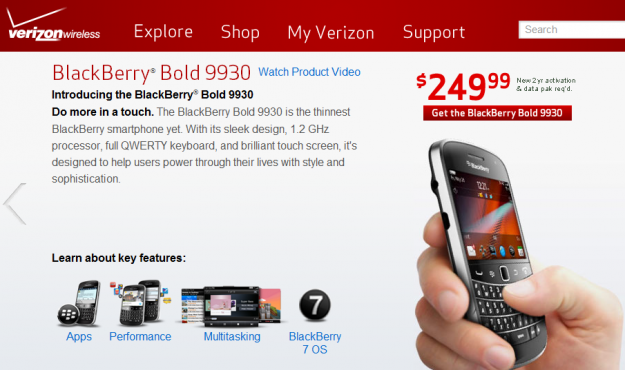 The device retains the traditional BlackBerry Bold keyboard, like on the previous generation BlackBerry Bold 9650, but also adds a high resolution touchscreen and the new BlackBerry 7 operating system on top of the mix.