Today BlackBerry just tossed a major blow to Google Hangouts by releasing a new beta version of BBM for Android, the popular BlackBerry Messenger app, which now has voice calling and tons of new features.

According to CrackBerry the new Messenger app is full of goodies, one which many Android users have been waiting for Google to add to Hangouts, which is full voice calling over WiFi to any of your chat friends in the messenger application. The new BBM has better file sharing, BBM Channels, more emoticons than ever before, and of course BBM Voice. 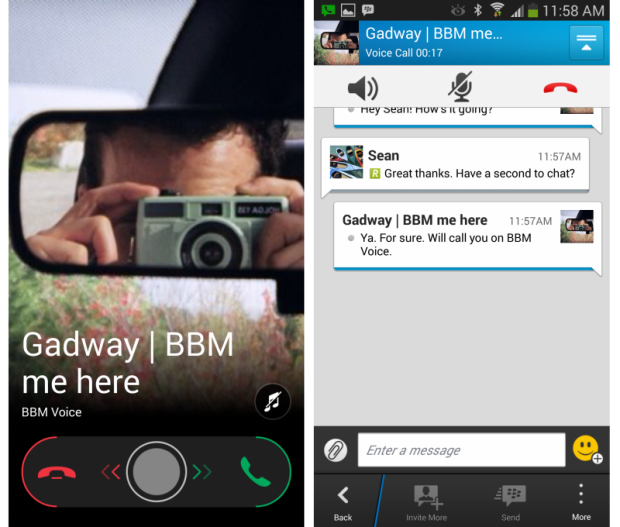 BlackBerry already stated channels and voice calling would be coming sometime in 2014, but no one expected the beta to be released so soon for Android. While this isn’t available to the general public yet, nor is it rolling out via the Google Play Store beta system, BlackBerry has it all under control and has released the new app to the BlackBerry Beta Zone.

Apparently the update has plenty of tweaks and enhancements for performance and visuals, but over 100 new emoticons will let you have some fun with those BBM chat buddies. The biggest thing though, is BBM Voice. Allowing users to call anyone for free over WiFi rather than chatting and messaging back and forth. We’ve heard multiple reports that Google is bringing this to Google Hangouts, but so far they’ve been unable to deliver.

Surprisingly, BlackBerry just beat Google to an awesome feature for all Android users with BBM for Android. Well, as soon as they officially release this beta, then everyone can use it.