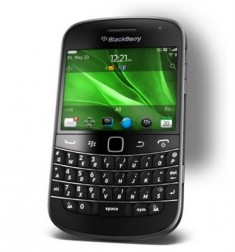 As for Sprint’s version, it’s indeed going to have that huge $250 price tag that will require a new two year contract.

As I’ve said before, that amount is going to be an absolute deal breaker for a lot of people that were hoping to get their hands on this device. $250 for a smartphone with the Bold 9930’s specs is a lot to ask for with the market the way that it is right now.

With the new iPhone, the Droid Bionic, and the Galaxy S II on the way, it’s hard to justify shelling out this much money for a phone that has specifications that would have been stellar months ago.

However, if you’re into this phone and there is nothing I can do to stop you from buying it, it’ll be live on Sprint’s website on the 21st alongside the BlackBerry Torch 9850 which will be priced at a much more affordable $150 on a new two-year contract.