We know that the new BlackBerry Bold series from RIM, which includes both the BlackBerry Bold 9900 and Bold 9930, is an anticipated one. It’s definitely up there with the most exciting BlackBerry phones ever.

Heck, it even has me a little giddy. That being said, while we know about the carriers the phones are heading to, we’re still a little unsure about release dates and pricing. 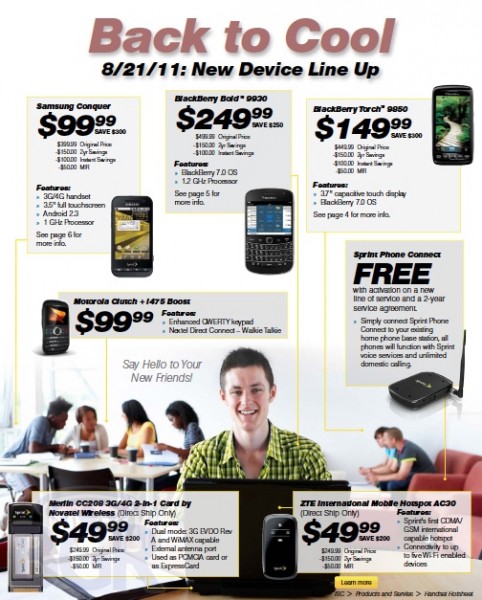 We’ve heard August 21st for both of Sprint’s new BlackBerry’s, the Torch 9850 and the Bold 9930, but we’re still not one hundred percent sure. As for pricing, nothing is confirmed yet, but it appears that the Torch 9850 will be aggressively priced at $150 and if the latest leak from BGR is correct, the Bold 9930 is going to cost a whopping $250 smackaroos.

Surprised? So are we. That’s outlandish pricing for this device no matter the excitement. Find me someone that would pay $250 for this phone with a new two year contract. I bet you’d be hard pressed.

And this doesn’t seem to be a joke either. The $149 price for the Torch 9850 was unofficially confirmed yesterday and we know that the Conquer 4G is going to be $99 at Sprint and free at Walmart.