AT&T customers who are also BlackBerry PlayBook owners should be happy to learn that BlackBerry Bridge support has finally arrived and the application is going to be showing up on the BlackBerry App World catalog throughout the day. 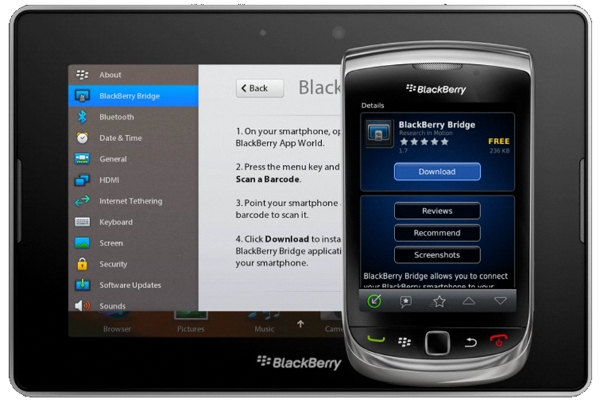 In other words, it’s an extremely useful application and one that AT&T should have supported from the very beginning. Now, downloading it will cost you nothing. Neither will things like email but if you want to access the web, you’re going to be forced to buy into a $20/mo tethering package. That’s probably going to frustrate more than a few of you but that’s the way it’s going to have to be.

So, if you’re an AT&T phone and BlackBerry PlayBook owner, you can head here to find the official BlackBerry Bridge app.