In an interview with Bloomberg BlackBerry CEO Thorsten Heins said he doesn’t think there will be a market for tablets in five years, which could mean there is no successor to the BlackBerry PlayBook planned.

Heins said “Maybe a big screen in your workspace, but not a tablet as such. Tablets themselves are not a good business model.” He didn’t go into further details about tablets, but from his comments it seems he has no intention of making a new BlackBerry tablet. 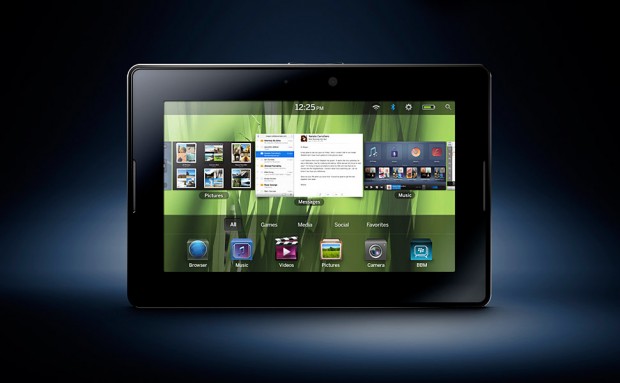 BlackBerry’s last tablet the BlackBerry tablet came out in 2011. Reviewers and users alike panned the tablet for its gesture-based OS and its lack of quality apps. There were recent rumors of a sequel to the BlackBerry PlayBook, but those rumors seem very unlikely now unless Heins changes his outlook on tablets.

The only plans BlackBerry announced in terms of tablets is an upcoming update that will bring BlackBerry 10 to the PlayBook.

Heins’ comments come just after Apple announced that it sold 19.5 million iPads last quarter. Apple is the dominant leader in the tablet market, and it’s hard to imagine another company taking that away dominance away at the moment. It’s difficult to say where the tablet market will go in five years, but the popularity of the iPad isn’t dwindling yet.

Following his comments on tablets, Heins said “In five years, I see BlackBerry to be the absolute leader in mobile computing – that’s what we’re aiming for.” So, in his eyes by 2018 everyone will carry a BlackBerry device, but not a tablet.

While regaining the top spot in mobile will likely be a difficult task for BlackBerry, Heins said “I want to gain as much market share as I can, but not by being a copycat.” He wants his company to follow its own path, which it certainly did with BlackBerry 10. The platform has several feature that aren’t available on other devices such as BlackBerry Balance, BlackBerry Hub and video chat with screen-sharing.

Edit: BlackBerry issued a statement regarding Hein’s comments and the future of the BlackBerry PlayBook.

The comments that Thorsten made yesterday are in line with previous comments he has made about the future of mobile computing overall, and the possibilities that come with a platform like BlackBerry 10.  We continue to evaluate our tablet strategy, but we are not making any shifts in that strategy in the short term. When we do have information about our PlayBook strategy, we will share it.