This is the first Blackberry to ship with a dedicated BlackBerry Messaging button to activate the popular BBM service.

Users tied to a BlackBerry phone for work may be interested in this device, but the lack of 4G LTE and specs from years past will limit the appeal for consumers. 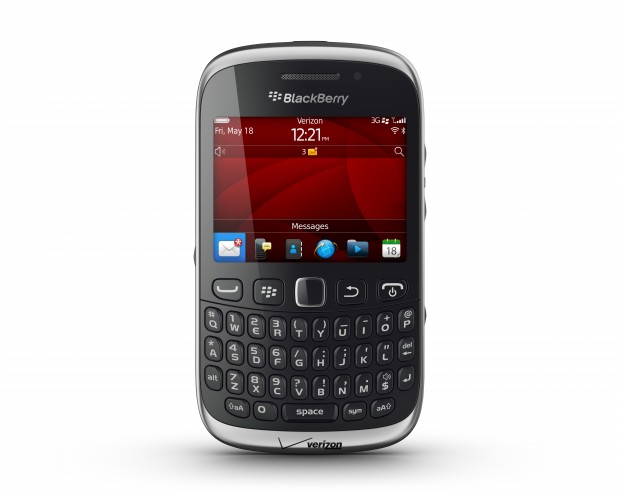 The BlackBerry Curve 9310 has a 3.2MP camera, ships with VZ Navigator for turn by turn directions and includes a Micro SD card slot for expandable storage up to 32GB.

The Curve 6310 also ships with On-device parental controls, so parents can control access to the internet and limit incoming and outgoing calls, though it is tough to find a child in need of parental controls willing to tote a Blackberry.

Users can head in to a local Verizon store to pickup the BlackBerry Curve 9310 for $49.99 after a $50 mail in rebate or pick up the phone online without the need for a rebate starting on July 12th.

The BlackBerry Curve 9310 delivers the same Blackberry keyboard users have come to love, and the traditional BlackBerry keyboard is the biggest thing going for this business ready budget phone.

New Verizon customers will need to choose a Verizon Share Everything plan to buy the BlackBerry Curve 9310, with prices starting at $80 a month for unlimited talk, text and 300MB of data. 2GB worth of data will run $100 per month.