Originally, the BlackBerry Curve 9350 was supposed to hit Sprint’s network on September 7th. Shortly afterward that release date came and went, Sprint announced that the BlackBerry 7 powered Curve 9350 would be delayed until October, without any sort of elaboration. But now, at least according to the latest leak, Sprint’s Curve 9350 is scheduled for a release on October 2nd.

The price of the device will remain the same, $79.99 MIR, which is a fairly solid deal for a new BlackBerry 7 device. Unfortunately though, this launch is likely going to be overshadowed by something much bigger. 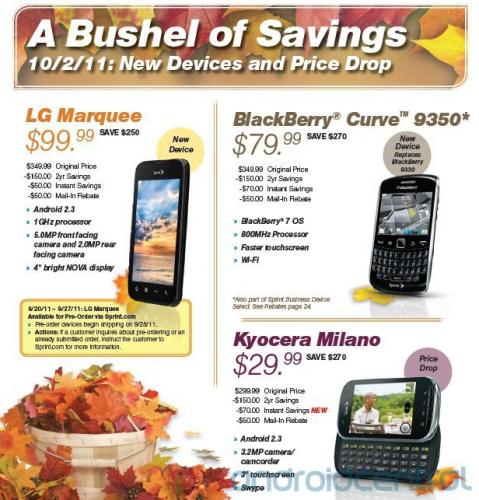 Sprint is widely expected to be getting the iPhone when Apple announces it, possibly on October 4th, and if true, I don’t see many people passing up unlimited data and the iPhone for the Curve 9350.

Still, if you’re interested, you’ll want to circle October 2nd in your mental calender. But please, do so in pencil.

Nothing is official yet.