The last time we saw the BlackBerry Curve 9360 was when it appeared unbranded in the wild all the way back at the end of June. At the time, a release date wasn’t clear nor were the potential carriers it was headed to.

Today, both mysteries have apparently been solved as TMoNews has gotten a hold of a document from Costco that states very boldly that the Curve 9360 release date is September 14th on T-Mobile.

I find it difficult to want this phone over T-Mobile’s BlackBerry Bold 9900, even with its missing features, but if the price is right, it will certainly lure in some folks who just want a basic BlackBerry 7 phone. 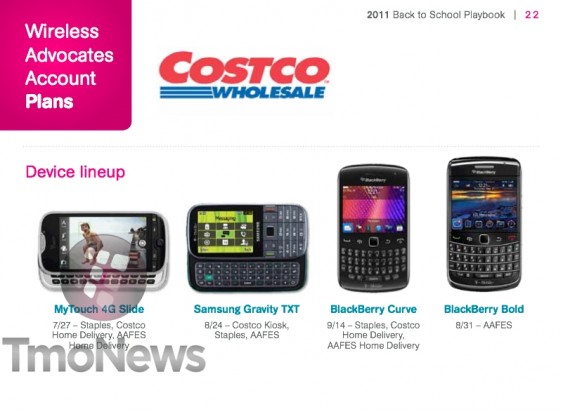 Not bad, if the price is right.