We’re not exactly sure what is stopping RIM from announcing the BlackBerry Curve 9380 but until the manufacturer or a carrier makes an announcement, we’re stuck with leaks and that’s what we have here today. RIM’s first BlackBerry Curve with a touchscreen has leaked out in a quick hands-on complete with photos and specifications that give us a glimpse at another BlackBerry 7-powered smartphone.

The photos don’t reveal much but do give us a fantastic look at the new Curve’s form factor. Sadly, it appears that the owner has no idea how to treat a smartphone as the display is pretty roughed up. 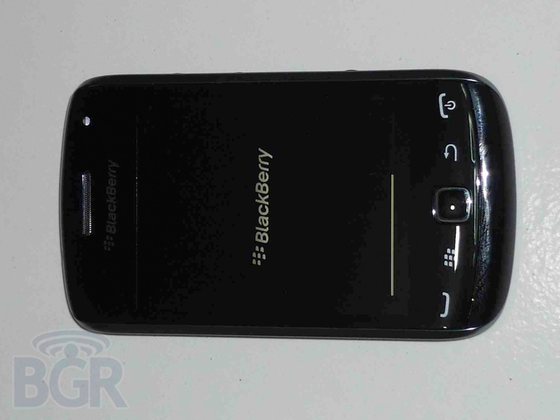 Specs remain unchanged from the first time we heard them. 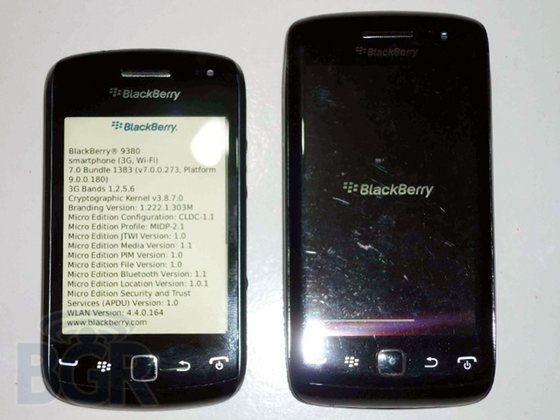 It’s a little surprising that RIM hasn’t at least bumped up the speed to 1GHz but it likely has its reasons. No word yet on a release date for this bad boy but seeing as though RIM has a QNX phone in the works, possibly for 2011, we might see something on the release date front soon.