The long awaited BlackBerry PlayBook 4G LTE might finally be released in the month of July.

MobileSyrup has brought a leaked document to the surface that indicates that RIM is planning to release the 4G LTE PlayBook in just a few days on July 31st. The device is supposedly going to launch on Canadian carriers that day, a list that at the very least includes Bell.

This July 31st date may or may not apply to carriers in the United States and thus far, we haven’t heard a peep out of AT&T, Sprint or Verizon, the three largest service providers that have 4G LTE networks.

Bell will apparently offer the device for $549.95. 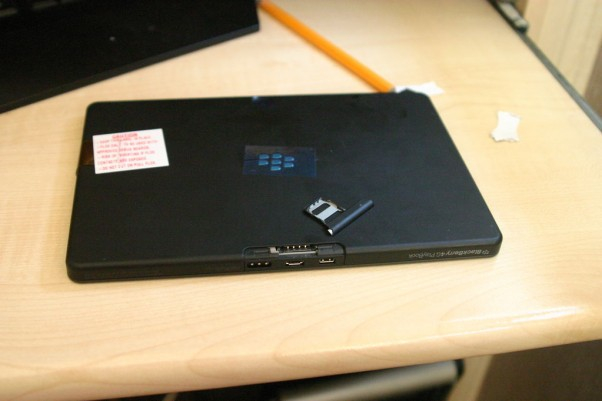 The 4G LTE PlayBook might finally launch this month.

The device, which has had a long road to launch, was originally thought to be coming in April. After that date passed without a release, RIM decided to clear up the situation by saying that the 4G LTE PlayBook would indeed be launching later in 2012. So, it looks like the company, despite its issues, has kept that promise.

It’ll only arrive in the 32GB flavor. RIM has discontinued the 16GB PlayBook model so this isn’t surprising. 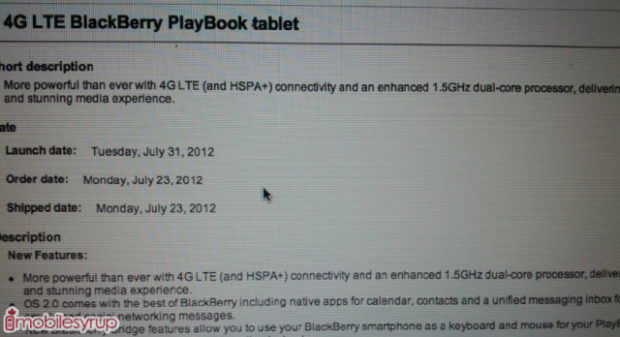 The news of the launch comes shortly after RIM was forced to delay its first BlackBerry 10 devices to 2013, meaning the BlackBerry 4G LTE could be the company’s only “big” release in 2012.

We’ll keep an eye out for any official word from RIM.