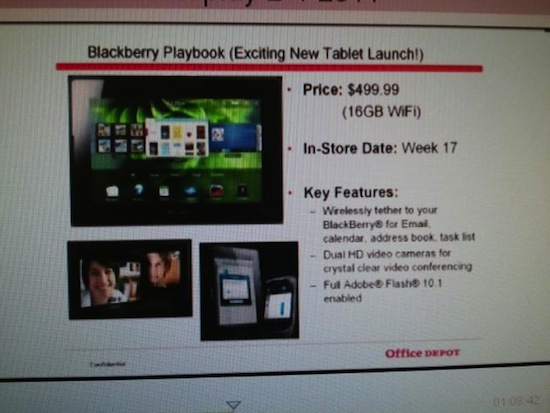 Crackberry is reporting that the BlackBerry Playbook will go on sale at Office Depot for $499.99 in late April. According to a photo of Office Depot’s system, the 16GB Wi-Fi only Playbook will retail for a hair under $500 starting on the 17th week of the year. The PlayBook was first shown back at DevCon 2010 in September.