Having had your first taste of the BlackBerry Playbook, if you’re hungry for more, BlackBerry has us covered with a press release, full specs, and a fancy new web page. 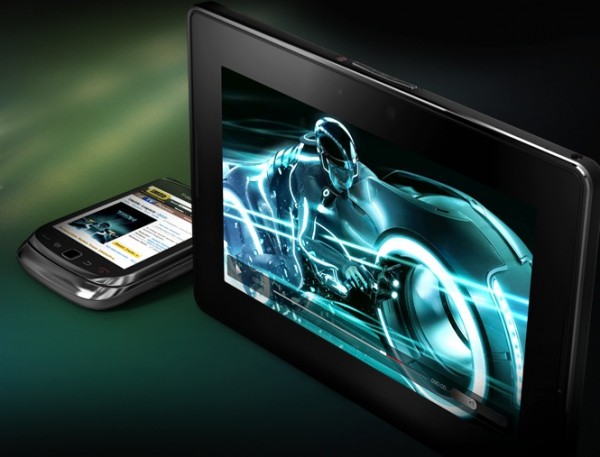 Key features and specifications of the BlackBerry PlayBook include:

Okay, some interesting things revealed. First, the computing power is the beefiest we’ve seen in an (presumably) ARM-based tablet. They’re not kidding around with the cameras with 1080p support on both(?). As previously assumed, the BlackBerry Table OS is built from QNX, a recent RIM purchase.

One standout difference compared to competitors is that wireless broadband is not built in. The website specifies connectivity will be through your existing BlackBerry service plan, so they’re pushing a tethering solution. While some won’t like that, it makes sense for the product being a companion/expansion to the BlackBerry. The coolest feature of this partnership could be the ability to view BlackBerry content on the Playbook. Besides, it’s not like BlackBerry users leave the house without their BlackBerrys. :)

I have to say, the Playbook is a considerably more impressive offering than the Torch. The Torch struck me as a compromise device, competitive with Android and iOS, but still distinctly BlackBerry. The Playbook likewise is designed to appeal to existing BB customers, but it looks spectacular enough to reel in new and former customers. Very nice work by RIM.