The arrival of the company’s first device running the BlackBerry 10 operating system to have a QWERTY keyboard, comes two weeks after the company previously made the BlackBerry Q10 available to its business customers.

According to today’s press release, the device will debut at all of the carrier’s retail stores and will require a down payment of $99.99. Users will then need to pay the balance of the phone’s total price of $580 over the course of the next two years with monthly payments of $20. 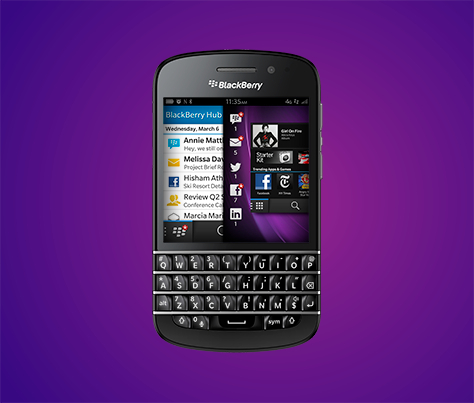 The BlackBerry Q10 is another win for users who live in one of the cities covered by T-Mobile’s next generation data technology. The device will be compatible with the company’s 4G LTE network. Reports from TMoNews have indicated that the company plans only launching the network in a huge list of cities over the course of June, including Chicago, Atlanta, Orlando, Boston, San Diego and Dallas.

Read: T-Mobile 4G LTE: Where to Expect it Next

The company recently enabled 4G LTE for its version of Apple’s iPhone 5. The HTC One and Samsung Galaxy S4 can take advantage of the networks faster speeds as well.

The BlackBerry Q10 is only the second device to run BlackBerry’s BlackBerry 10 operating system. It’s that operating system that includes most of the modern features that smartphone users have come to expect including multi-touch gestures, a unified application store and support for modern hardware.

The Q10 features a 3.1 inch Super AMOLED display, a dual-core 1.5 Ghz Snapdragon S4 processor, 8 megapixel rear-facing camera, 2GB of RAM and 16GB of internal storage. Together, with the device’s QWERTY keyboard, it’s the Q10 that is the closest to the form factors that BlackBerry has had success with in the past.

Its brother, the BlackBerry Z10 is a pure touch-screen only device and the BlackBerry Q5 appears to be a low-end device that will only be offered to consumers in developing markets where smartphone sales are more about hitting low price points than offering the latest hardware.

T-Mobile’s BlackBerry Q10 will join variants launching on every major carrier this summer. Verizon has already announced that it will launch an exclusive white version of the device this June, while Sprint and AT&T have remained quiet about the details of their version of the device.

T-Mobile users will be able to make use of an exclusive HD Voice calling feature for clearer audio quality when talking to family and friends, however the person they are calling or being called by, will also need to have a device with HD Voice technology on the T-Mobile’s network.