BlackBerry Touch Leaks Out on Video

The upcoming BlackBerry Touch aka BlackBerry Monza/BlackBerry Monaco has shown up in its first unofficial video today ahead of next month’s anticipated announcement at the BlackBerry World conference. 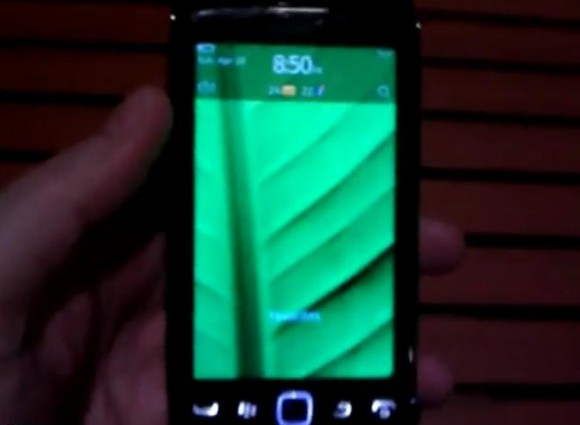 This official video shows off the device running the upcoming BlackBerry 6.1 and will give those interested in possibly picking this thing up a look at what to expect. Unfortunately, the tour is narrated in Thai so most of you are probably just going to be left to enjoy the sights and not the sounds.

The BlackBerry Touch is one of the many devices RIM is expected to debut next month, a list that includes the BlackBerry Bold Touch and the BlackBerry Curve Touch. It’s also apparently going to be the successor to the Storm series and will come armed with a bunch of enticing features and will be available in both CDMA and GSM form.

The Touch, its name still unofficial, will apparently rock a 1.2GHz processor from Qualcomm, employ a 3.7 inch display with 800 x 480 resolution, a 5MP camera, and more.

From the looks of things, it certainly has a chance to make us all forget about the nightmare that was the Storm series of handsets.