After being rumored to be arriving first in the U.S. on AT&T’s 4G LTE network, it is now believed that the BlackBerry Z10 smartphone will be in AT&T retail stores on March 22. The BlackBerry Z10 is the first of two BlackBerry 10 smartphones announced earlier this year by the Canadian smartphone-maker. It will be available on AT&T, T-Mobile USA, and Verizon Wireless, with Sprint skipping the Z10 for the keyboarded BlackBerry Q10 model. 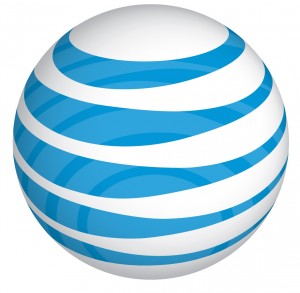 The speculated March 22 launch date was reported by Bloomberg, citing two sources familiar with the matter. Neither AT&T Mobility nor BlackBerry would comment as neither party has announced an official launch date for the smartphone.

The publication says that BlackBerry had responded to questions by saying:

BlackBerry has not announced official launch dates for the BlackBerry Z10 in the U.S. and we are not able to confirm any rumored launch dates on behalf of our carrier partners.

The BlackBerry Z10 is BlackBerry’s efforts at trying to stop market share loss and compete against with more modern and popular platforms like iOS and Android. BlackBerry 10 as a platform will be vying for third place position against Microsoft’s Windows Phone ecosystem.

Rival T-Mobile USA is now rumored to be the second carrier in the States to offer the BlackBerry Z10 and Verizon Wireless only said that the device would be coming by the end of March.

The BlackBerry Z10 has been available now internationally, but U.S. carriers have a more strenuous testing process to certify smartphones for their networks.

After the launch of the BlackBerry Z10, it’s believed that the BlackBerry Q10, a model with a 3.1-inch square aspect ratio 720p HD display and physical keyboard with a BlackBerry Bold 9900-like form factor, would be launching on carriers in May.