Unveiled as the fourth BlackBerry 10 device, BlackBerry has announced the Z30, which the company’s latest handset and overtakes the Z10 has the new BlackBerry flagship device. It sports a larger 5-inch display and has a 1.7GHz quad-core Qualcomm Snapdragon S4 processor on the inside.

The Z30 also sports a huge 2880mAh battery, which is the largest battery that BlackBerry has ever put in one of their devices, and the new phone is running the company’s new BlackBerry 10.2 operating system. While the display has a lower pixel-density than the Z10 (the Z30 has a 1280×720 resolution), consumers will still get almost 300ppi out of the new display. 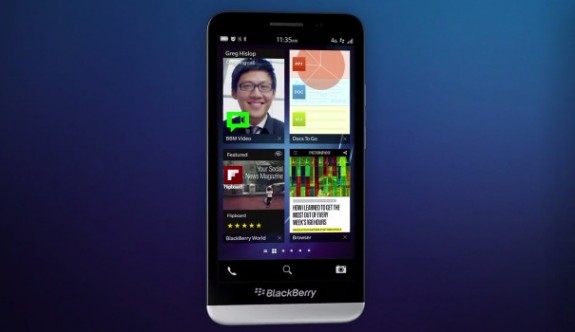 BlackBerry 10.2 includes a handful of features over 10.1, including some enhancements made to the BlackBerry Hub, which now has a new Priority Hub feature that learns what users respond to most, and the presents them with notification ranked from most important to least important. 10.2 also includes improvements to BBM, like previews of messages that pop up on the screen. Aside from the Z30, BlackBerry 10.2 will be compatible with the Z10, Q10 and Q5 starting next month.

The Z30 will be available beginning next week in the UK, while other countries will be able to get the phone in time for the holiday season. As for pricing, you’ll have to wait for each of the carriers to trot out their own details on the new phone.

This is a fairly quiet announcement from BlackBerry, seeing as how they pulled all the stops when they announced the Z10 and the Q10. Seeing as how the Z30 is the company’s new flagship (or so we’re guessing it is), we’re surprised to see the company randomly throw it out there in the ether without giving it an event of its own.

It’s also surprising to see the company announce the Z30 on iOS 7 release day and just a couple days before the iPhone launch. We’re guessing BlackBerry wanted to try to take some attention away from BlackBerry, hoping that consumers will look at their new phone instead, but we can’t help but think that a lot of users will simply be staring at their iPhones waiting to get that iOS 7 update notification.