Can the NSA save BlackBerry? Though struggling Canadian smartphone-maker BlackBerry is still trying to sell itself to the highest bidder, the company, once a shell of its former glory, may find an unlikely ally in the U.S. in the form of the NSA, or National Security Agency. With allegations over unauthorized government spying performed by the NSA, security-conscious governments and enterprises may be turning their attention back to BlackBerry, a company that has built its business on security, rather than consumer-centric rivals such as Android and iOS.

“And as most Chief Information Officers will attest, on the mobility front, BlackBerry is the Gold Standard when it comes to security,” Ivor Soans wrote on First Post. “As a result of the NSA revelations, the Apple iPhone will no longer be a device that will handle ‘official correspondence’ in the German government.” 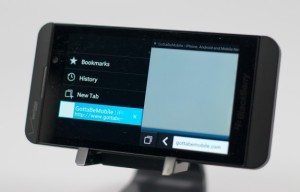 Citing a blog post written by Keorge Kesarios, Soans says that the iPhone would soon be disappearing from the German Parliament in use.

In the U.S., members of the Obama Administration are advised to not take their Apple iPad on oversea travels as the devices are deemed not secure enough. In the UK, iPad tablets are also banned in Cabinet meetings, according to Soans, for fear of bugged devices that could record confidential meetings.

And while BlackBerry may be retreating from the consumer market to focus on the enterprise market, the company has done relatively well with the launch of the coveted and proprietary BlackBerry Messenger, or BBM, service on rival iOS and Android platforms. This could allow Android, BlackBerry, and iOS users leverage the BBM service to communicate with each other.

As the U.S. continues its surveillance through the NSA under the guise of national security, BlackBerry may find more customers in foreign governments.