This clear snap on case looks like someone bedazzled the back of the Galaxy S III.

On the back of the clear plastic case sit SWAROVSKI ELEMENTS. For those of us who don’t live and die by the fashion industry, that means it includes crystals to make it look pretty.

In case it’s not obvious, I’m not a fan. The “milky way” design, adds more than bling, it makes the back of the case a little rough, enough that it scratches some surfaces, like the soft aluminum on my MacBook Pro. For that reason, I’d never use this case. 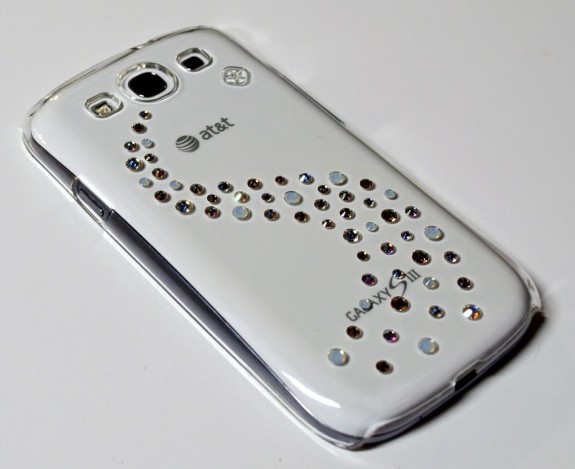 Some people might be more careful than I was and might enjoy a little bling on their case. That’s the Bling My Thing Milky Way Series case’s audience.

The case fits the Samsung Galaxy S III perfectly. It also offers easy access to the buttons and ports. I like clear cases. They show off the phone and give it protection against dings and scratches without adding much weight or thickness. 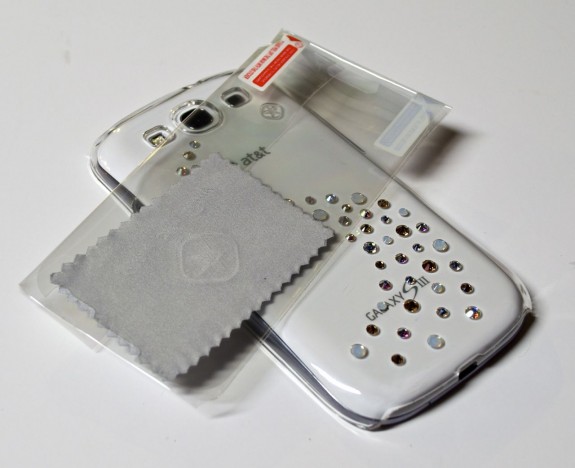 Buyers will get the case, a screen protector and a small cleaning cloth that won’t scratch or leave lint. The screen protector applies easily. I prefer to keep my screen uncovered for smoother touch, but the included protector works as it should.

At $54.99 on Amazon, I’d never recommend the Bling My Thing Milky Way Series case for Samsung Galaxy S III. The cost comes from the SWAROVSKI ELEMENTS I’m sure. If you like that sort of thing, go for it. Otherwise, stear clear.