HTC might be receiving more credit recently for producing high-end flagships with great build quality, but if the newly announced HTC Desire 601 and Desire 300 or an accurate sign of where the company is heading, HTC is preparing to target the mid-range users in a big way. That isn’t to say that blue variants of it’s flagships couldn’t also please these same users.

HTC took to a London stage to announce the Desire 601 and Desire 300 just this morning and although some users might be excited by the prospect of cheaper HTC devices that have many of the same features as their more expensive counterparts, it’s the Vivid Blue versions of the HTC One and HTC One Mini that stole the show.

While a few pictures of both devices in blue leaked over the last few weeks, it seems HTC opted for more of a lighter hue than was depicted in those photos. While the HTC One’s new color treatment will feature Blue metal with black painted accents, the HTC One Mini’s accents will remain white. 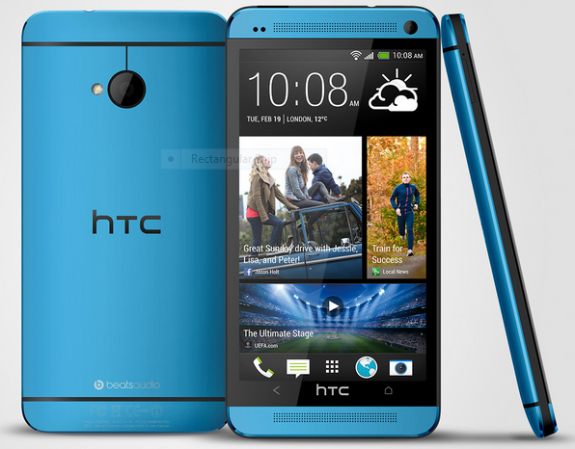 The HTC One in Vivid Blue

Unfortunately, HTC isn’t sharing exact details on availability for the Vivid Blue HTC One or Vivid Blue HTC One Mini. According to a press release made available to AndroidCentral, HTC will launch the device in some markets sometime during Q4 2013.

Read: Is This the Blue Verizon HTC One

HTC was equally coy about its launch plans for the other two devices it debuted today in London.

The Desire 601 fits comfortably in HTC’s line-up just below the HTC One Mini. Instead of shedding many of the capabilities of the device, HTC is packing in a 5 megapixel camera, a 4.5-inch qHD display, and a 1.4GHZ dual-core Snapdragon processor. Just like its more expensive siblings, the Desire 601 will have all the software and hardware enhancements that have become a staple of HTC’s entire smartphone lineup. 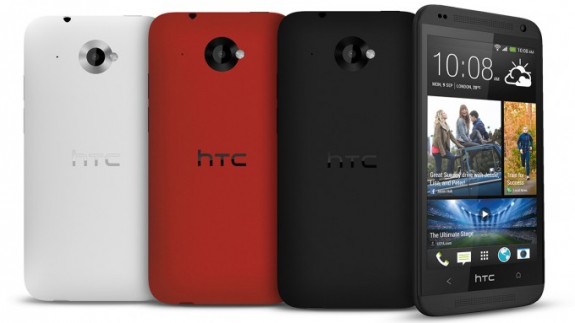 These include the BoomSound –- the two front-facing speakers that deliver improved sound quality to users and the latest version of its Android software skin Sense 5. HTC is saying what carriers the devices will be available on just yet, however its press release did note that users who purchase the device can look forward to LTE data connectivity if their carrier supports it. 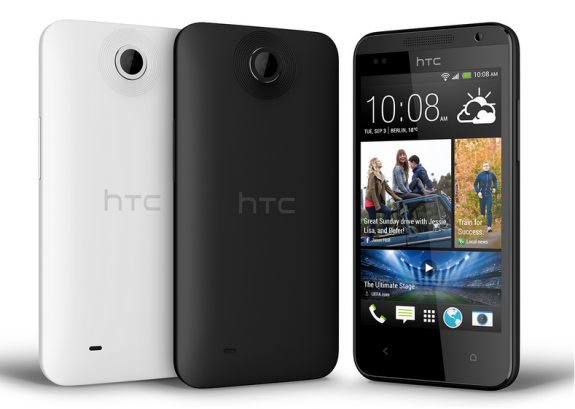 The HTC Desire 300 will become the device’s default low-end handset. The device will feature a 1GHz dual-core processor and many of the same software features that are om other devices running HTC Sense 5, like Blinkfeed. With a 4.3-inch display it could be just the size that some users are looking for.

HTC says that it’ll launch the HTC Desire 601 in European markets this month. The HTC Desire will arrive in some markets beginning in October. HTC didn’t announce specific pricing for either device.