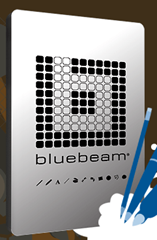 I just received some good news from the folks at Bluebeam. They have been nominated for the 2008 Most Innovative Product award by the World of Concrete trade show. They are being nominated due to PDF Revu’s Tablet PC features. Here is their official announcement. Watch for more details on how you can vote for Bluebeam.

Revu is nominated for the Most Innovative Product Award because of its revolutionary tablet pc features. Bluebeam’s tablet pc compatibility provides traditionally mobile construction professionals with access to PDF collaboration tools so they can communicate faster and more efficiently with project partners. Mobile workers can use Revu to create, markup and edit PDFs on their tablet pc from any location Ã¢â‚¬” whether they are in the office, on the road, or at the job site.