Bluetooth OnOff Pulled from App Store, What Does this Say About Apple?

Apple pulled one of the most useful utilities for the iPhone from the App Store. The Bluetooth OnOff app makes it easy to turn Bluetooth on and off without having to dig around your iPhone’s settings. I love being able to tap one icon on my home screen to turn on my Bluetooth so I can connect my Bluetooth headset to my iPhone or my Logitech Keyboard to my iPad. Thankfully I got a hold of the app before they pulled it today. If you didn’t, sorry. It’s gone! You will have to jailbreak to get this wonderful functionality. 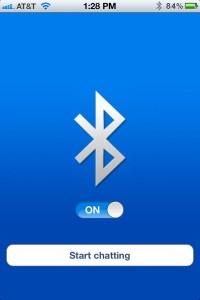 The app serves a useful purpose for those who want the ability to turn on and off their Bluetooth quickly, like one can do on most Android phones. One tap of a home screen widget on my Samsung Infuse or ASUS EeePad Transformer and I could turn Bluetooth on and off. Why doesn’t Apple want to let its customers have the app? It cost a buck and Apple gets thirty cents. If a million people download this tool, they make another $300,000. They shouldn’t pull the app. They should put it on the front page of the app store!

The first word that jumped into my head when I saw this news was “STUPID!” Leaders of a company that’s worth north of $500 billion can’t be stupid. So what motivates them to make this kind of decision?

This situation reminds me of the Camera+ fiasco when Tap Tap Tap secretly added the ability to use the iPhone’s volume button as a shutter release. Apple pulled that app too even though it earned Apple more than $300,000. The reason given at that time? It changes the functionality of a hardware feature. You can’t do that. You apparently can’t change the way you turn your Bluetooth on or off either.

I can come up with two explanations that makes sense and one that doesn’t. Giving Apple the benefit of the doubt, maybe the company plans to add this feature to iOS 6. I sure hope so, either in the form of a notification area button or a as part of a widget. Apple likes to either buy or  steal the creative ideas of their developers. They bought Siri and stole the Camera+ volume button shutter release feature adding it to iOS 5 longer after pulling the app.

If they don’t plan to add it, then it has to be something else.

When you’re the dominant player in a market something does usually happen. Innovation can slow down and companies often begin to play defense. Apple’s on top or tied for the lead depending on who you talk to. The iPhone and iPad are two of the hottest devices out there.

Yet, I don’t think you can say that Apple’s playing defense. Only two years ago the company introduced the iPad, turning the tablet industry on its head. The recent releases of OS X show that Apple might totally change how people use laptops and desktops. Apple was a huge player in the professional video editing sector and then totally revamped Final Cut, making many users unhappy. The last examples shows they’re willing to take risks.

If you strike down stupidity and playing it safe, the only thing I can think of is this. Apple thinks it knows best, whether customers agree or not. The company has a level of arrogance about it that few other companies show. We see this in how it tries to control its secrets, makes unilateral changes to its policies and the way it deals with product glitches.

Apple has a chip on its shoulder and the company’s just daring someone to knock it off. So far no one can.

I like my Apple tools, but I really hope that Microsoft gets some of tis swagger back with Windows Phone and Windows 8 so that we have heated competition that forces Apple to listen to users on issues like Bluetooth OnOff.