BMW's iPad Integration Is All Kinds of Ugly

I like cars almost as much as I like technology, which is why a headline about BMW offering an official iPad integration kit caught my eye. But then I saw the pictures and cringed. BMW showed off a 3-series convertible with the horrific iPad integration at the Paris Auto show and AutoSpies.com captured it on camera. 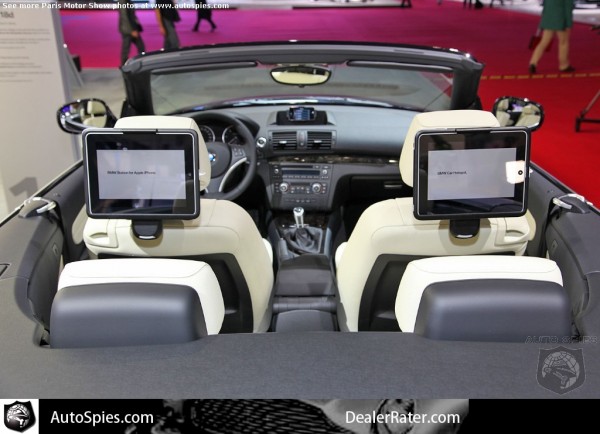 Don’t get me wrong, I love technology in cars, but this thing is wrong in so many ways. First of all, it looks horrible and is the perfect way to ruin the aesthetics of a $50k car when cruising with the top down. The docking connector is visible and the white cable i visible, running into the headrest posts. Would it have killed BMW to color match the cord to the leather interior, which is about a $3k up charge from the synthetic seat covers? 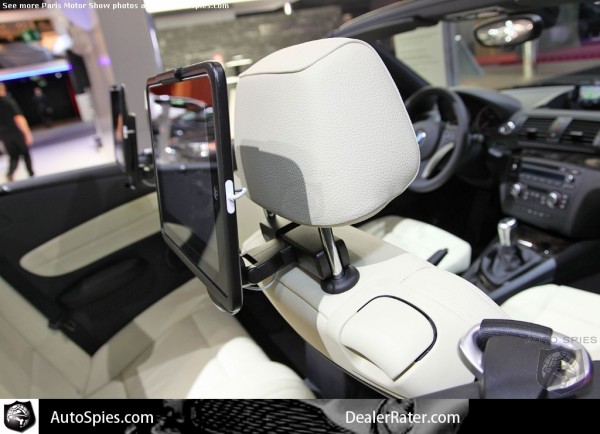 The worst thing about this iPad integration kit is its lack of concern for passenger safety. You see,  headrests are part of any vehicle’s restraint system. Positioned at the appropriate hight, they can keep passengers in the front seat from snapping their necks in a collision. They’re also supposed to be positioned far enough away from passengers in the rear seat so that their faces don’t get smashed in a violent collision or when panic braking. The distance between the rear seat and the front headrests are already minimal in the BMW 3-series and sticking an iPad a few inches off the back of the front seat only makes it worse. Playing Angry Birds on the iPad with the drop top down while cruising at 65mph is all fund and games until your kids get a face full of glass.

Short drivers and front-seat passengers won’t be able to properly adjust the headrest since the iPad kit blocks the first couple of stops.

BMW has a lot of design wizards, but apparently none had spare time to deal with the iPad. I’m hoping that they put some more thought into this design instead of trying to claim an industry first.