Borders is now taking pre-orders for the $119 “Libre” eBook Reader Pro and talking about its eBook strategy. The book retailer is planning to selling up to 10 devices, including the Libre, at its brick and mortar stores by the end of the year. A special section of each store dubbed “Area-e” will showcase the readers and the Borders eBook store. 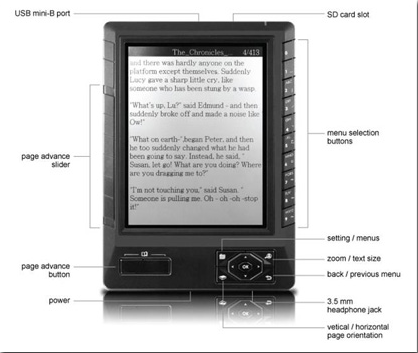 The $119 Libre isn’t going to wow geeks with its specs. Instead, Borders is attempting to draw consumers who are unable to plunk down a wad of cash for a pricier device, such as the Kindle, which starts at $259. The Libre comes with a 5″ monochrome reflective LCD display, 256MB of memory and a 24-hour battery. Books must be loaded onto it via the Border’s desktop application.

Borders said it will deploy a “good, better, best” strategy, which means we should see some more impressive devices from the company in coming months. While it’d be great to have more people join the eReader fray, I don’t think a low-end device like the Libre is the best way to kick off its foray into selling eBooks. It may have been ok to launch an eBook store with a low-end device like the Libre a few years ago, but companies like Amazon, Sony and Apple have developed slick devices that can be used to consume eBooks since then. Borders would have been better off releasing the Libre along with its ‘better’ and ‘best’  brethren.

On the other hand, the Libre’s price tag may push enough people to buy the device on impulse for Borders to at least get a foothold in the competitive eReader market.