Boxee released an iPad app that allows users to stream content from their computer to the iPad, as well as from other sources. However, it requires some geeky setup that the average iPad user won’t bother doing, which limits the usefulness of the app to the just tech savvy.

I went through the hassle of downloading the server app on my Mac and pointing it to a folder of videos on an external hard drive. I have a Roku box that allows me to plug a USB drive directly into the box and stream to my TV. It is simple to use. But to use the Boxee app, I would need to copy those videos to my Mac. That’s not that hard, but will eat up a lot of my disk space. Boxee, it seems, is more useful to you if you have a lot of videos on your hard drive.

The app also allows users to create a Safari bookmarklet which will save web content to the app for later streaming. If you find a video you might want to view later, tap the bookmarklet on the Safari bookmark bar and it will send the video URL to the Boxee iPad app.

It sounds great, but this also takes some setup: you cannot just add a simple bookmark, but instead have to add the bookmark and then edit it by pasting some java script code into the bookmark’s URL address bar. The instructions are included in a link from the app. 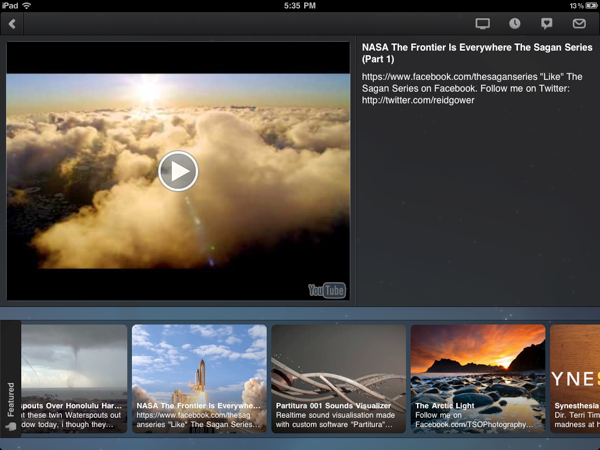 Some of the best Boxee apps like Netflix and Vudu do not work on the iPad App. There are some featured YouTube videos. I assume the feature videos will change as new videos are added. But I didn’t see too many videos in the featured content that were that interesting.

If you have friends who share video via Facebook or Twitter, then you can add your credentials and it will find the video and stream it for you. This can be useful. 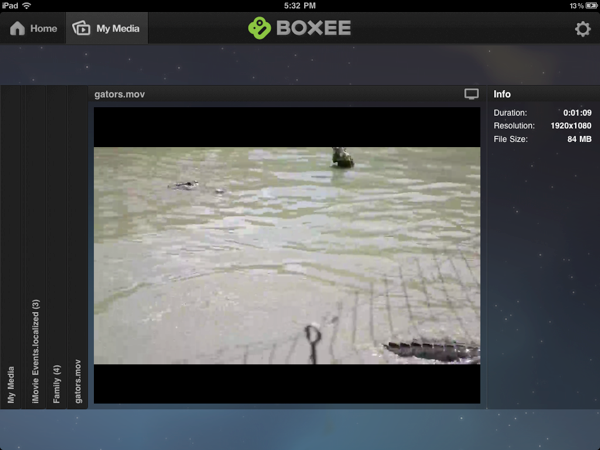 The app is free, and you get what you pay for, which is to say not much. I’ve not used it for more than a few minutes, but I find it of limited use for the vast majority of people who own iPads. Only those willing to jump through a lot of technical hoops will enjoy the app. If you are willing to do that, you can have mobile access to your library of DRM-free video content through the net.