We’ve been fans of Scott eVest gear at GottaBeMobile.com ever since we first met Xavier Lanier at CES 2009 and he showed off how much gear he could carry in one. We’ve also done a number of reviews of Scott eVest gear on the site since. I’ve also been a real fan personally. The clothing and outwear at Scott eVest is designed for geeks with gadgets who need places to put those gadgets when they are out and about. In addition to providing more pockets than you can count, the various jackets can also help you save some cash on baggage fees when flying because you can stuff quite a bit into the pockets and the jacket does not count as a piece of luggage. TSA agents also have supposedly been trained to know that Scott eVest gear will be stuffed with Tablets and smartphones and accessories, so that should help you move through security as well. 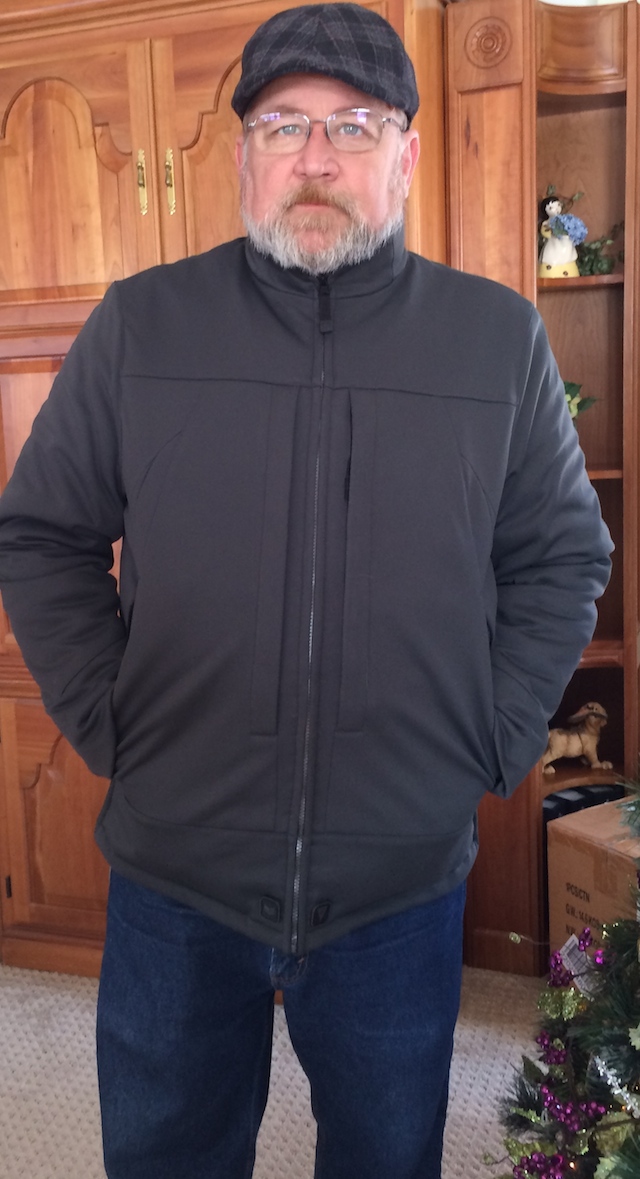 I received an early Christmas present of one of this year’s top sellers, the Brad Thor Alpha Jacket. It’s not just a coat for geeks. It’s also a coat for those who are might be in the security biz and can lawfully carry a concealed weapon. The jacket is so popular it apparently sells out quickly each time they receive new stock.

For thoe who don’t know, Brad Thor is a techno thriller and spy novelist in the vein of Tom Clancy. I’ve read some of his books that feature Scott Harvath as the hero. He does a good job of building a thriller and carrying a hero through a series of adventures. The Alpha Jacket was designed with Thor’s input.

The Brad Thor Alpha Jacket comes brimming with 35 pockets to hide away a variety of gadgets and gizmos including one pocket large enough to hold a full-sized Tablet. As is typical of Scott eVest clothing the garment is designed so that you don’t look like you’re packing a ton of hardware. Following the techno thriller theme, this particular jacket is sized a little larger than normal, for those who might need to wear a bullet resistant armor underneath. 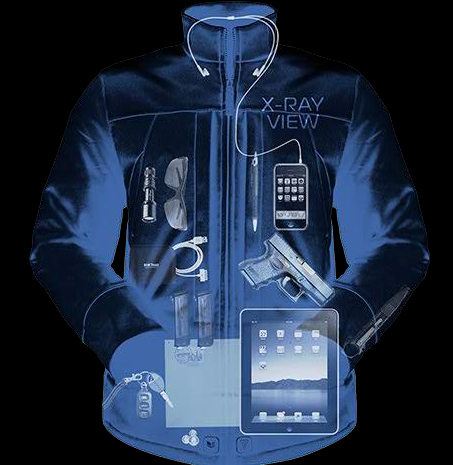 That’s not me under any circumstances, but as the jacket is rated for cold weather in the 35 to 45 degree range, you can handle colder weather with a heavy sweater underneath. I’ve been very comfortable with temperatures in the teens here in Chicago these last few weeks with just that sort of an arrangement.

A couple of features of the Alpha Jacket worth mentioning that I really like in addition to the array of pockets and storage possibilities. On each side of bottom of the jacket there are zippers. Designed for those who might have a handgun in a hip holster for easy access, these zippers come in quite handy if you need to reach into a pants pocket. Second, the jacket just looks good. I’ve gotten quite a few compliments on it as I’ve been wearing it out and about these last few weeks.

The Brad Thor Alpha Jacket sells for $200 and can be ordered from Scott eVest. I can’t speak for those who might want this jacket because they can carry concealed weapons or fancy themselves as a techno thriller kind of guy. But, for the typical gadget geek I highly recommend it for the storage possibilities, the comfort, and the good looks.