Infotainment systems are becoming more and more intelligent as customers demand more connectivity. Earlier this year both Apple and Google announced that they’d be bringing smartphone integration solutions to new vehicles. Chevrolet already has a solution already on the market with their MyLink system. Called BringGo, the app lets people who do not have navigation in their vehicle access a smart navigation app on their phone through the touch screen in the car.

How does BringGo stack up to current solutions on the market, and how will it compare to a system like CarPlay? We recently sampled the system in a 2014 Chevy Spark to find out. 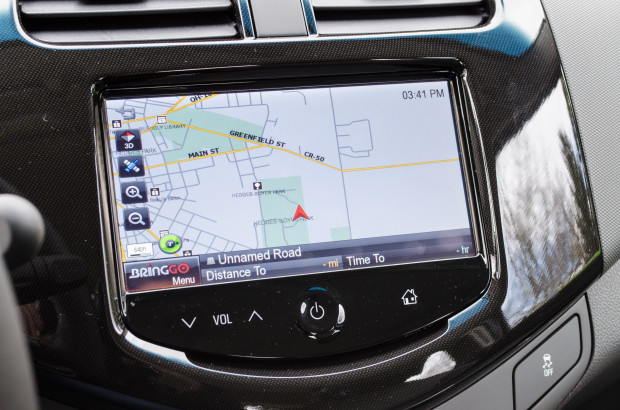 To use BringGo, all you have to do is plug your iPhone or Android into the car with a USB cable. After launching the app on the phone, BringGo appears under the smartphone apps section of the infotainment system. The application takes over the entire screen, giving you access to all of the app’s functions. The app on the phone remains locked out while in use by the car. 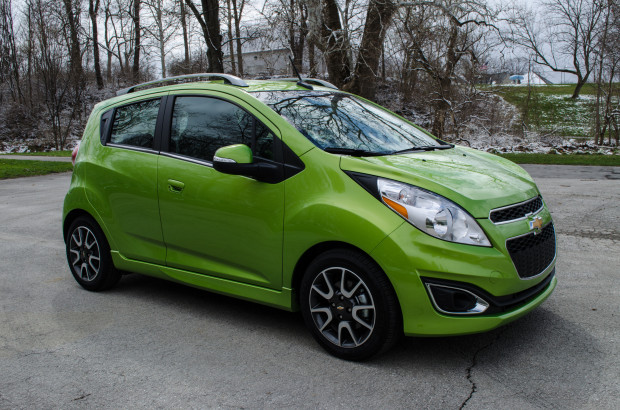 MyLink costs $200 in most vehicles and BringGo is another $60.

Compared to factory navigation systems, BringGo is cheap. Our car came equipped with the touch screen as standard, but if it didn’t, it would only be $200 to get the full MyLink experience. BringGo costs $60 for the North America maps and traffic. All in, $260 is far less expensive than the $795 that Ford charges for navigation on top of the price of MyFord Touch.

The $60 BringGo app includes three years of map updates and real-time traffic information. Google and Apple Maps receive map updates continuously, but in-car navigation systems need yearly updates that can cost several hundred dollars. Real-time traffic for many vehicles comes from SiriusXM, which requires a monthly $3.99 or higher subscription to use. This setup will save you thousands over the cost of solutions in other vehicles. 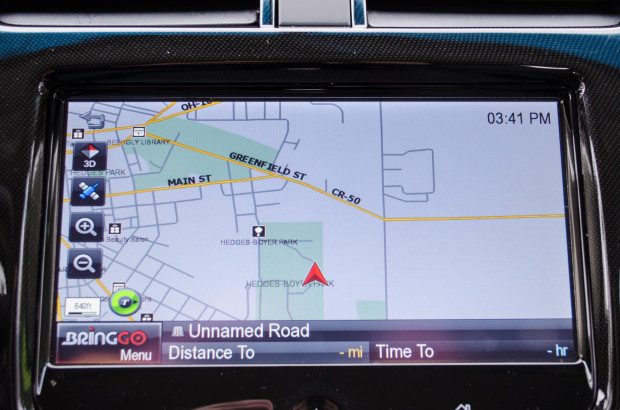 BringGo takes over the entire infotainment display, making it nice and easy to navigate the app. Setting a destination and viewing settings requires the driver to press the BringGo button on the lower left-hand corner of the display.

From there it works like any other in-car navigation system. The driver can enter a destination based on location, Point-of-Interest or address book entry. Based on the settings, the directions can give you the quickest route, the shortest route or the most economical route.

While en route to the destination, the app will mute the radio to provide voice prompts. The driver can select zoom level on the screen and view time to arrival. If the driver makes a wrong turn, the system quickly recalculates the route.

The BringGo app shows the current time, but does not show radio information; including station or song playing. To view that information the driver must back out of the app and into the audio section of the system. It would be nice to see current track playing on the BringGo screen.

BringGo’s navigation voice is also a bit more jarring than many systems. When speaking the system completely mutes the audio. Many systems lower the volume but the audio keeps playing in the background. Also, the voice of the navigation system seems less pleasant than other systems. 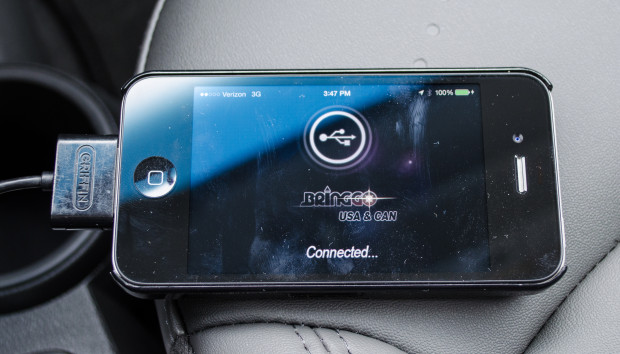 BringGo locks out the app on the phone when in use.

Chevy provided an iPhone 4s to review BringGo with, which only had a 3G connection. Even so, the app speedily downloaded the information it needed. If the car turned off course, the system detected the change quickly and rerouted based on the new location.

Touchscreen response was also quick. The entire app lives on the smartphone so we were expecting a small lag when inputting a destination. That was not the case.

Until CarPlay starts showing up in everyday vehicles, BringGo’s implementation is the most complete. Screen size limits the usability of a traditional smartphone navigation app in the car. With a single cable connection, our phone could charge, provide music through an app like Pandora and also get us to our destination while we controlled everything through the car’s touch screen. It’s nice to see automakers provide drivers with that type of choice.