A recently published browser profile for a Samsung-made device confirms that the South Korean smartphone-maker is working on a Windows Phone 8 device, and specifically one that is headed to AT&T’s network in the U.S. The news should be unsurprising as AT&T has been a big Microsoft partner in the past and the carrier had committed to being a Windows Phone 8 launch partner in the U.S.

Details about the smartphone in question is still not known at this time, and so far neither AT&T, Samsung, nor Microsoft is commenting on the matter. 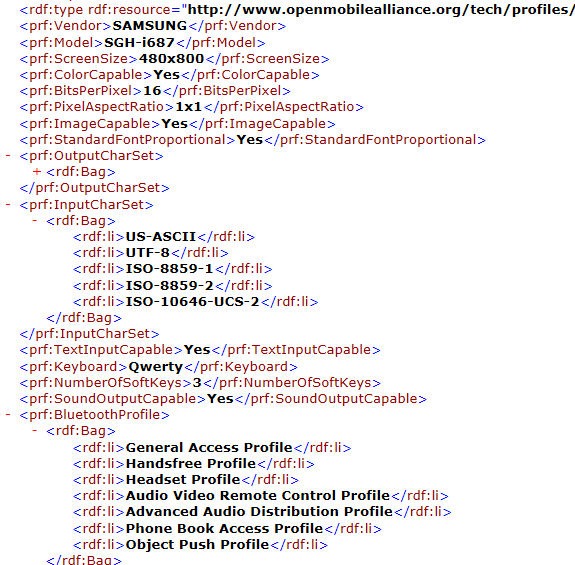 According to the browser profile, the device goes by the model number SGH-i687. Usually, Samsung-made smartphones with model numbers ending with a 7 are AT&T-bound, so the SGH-i687 suggests that this device will be headed to AT&T. WPCentral is reporting that the device will be running the mobile edition of Internet Explorer 10, suggesting that it will be a Windows Phone 8 handset as Windows Phone 7 does not come with IE10 support.

Also, according to WMPU, the device will support an enhanced Bluetooth transfer protocol.

Also pretty interesting however is that the Bluetooth profile finally confirms the presence of Object Push, mostly used for Bluetooth File Transfer. Of course we do not know how powerful this feature will be in Windows Phone 8 – it may only allow contacts to be transferred for example, but ideally it will allow the exchange of non-DRM media and files, a major issue in areas with poor network coverage and high data charges, not to mention heterogeneous device profiles.