Buying a TV these days can required a surprising amount of research and work, deciphering a dozen different acronyms about screen technology, resolution, sizes, price, and more. We’ve put together a list of some things you should know before you rush out and pick up a new set.

It used to be that buying a TV in the weeks before the Super Bowl was the norm, with retailers seeing a big spike in sales. These days, the vaunted “Black Friday” sales have taken most of the steam out of the Super Bowl’s sales, but NPD analysts say that as of a couple of years ago, the week leading up to the Super Bowl was still the third largest week of the year in terms of big-screened TV sales. The largest two weeks are Black Friday, and the week leading up to Christmas. Fortunately, we’ve seen the biggest deals shift from smaller TVs, like those 42 inches and below, to larger TVs, which are those 50 inches and above – great news if you’re looking for a big display for football. 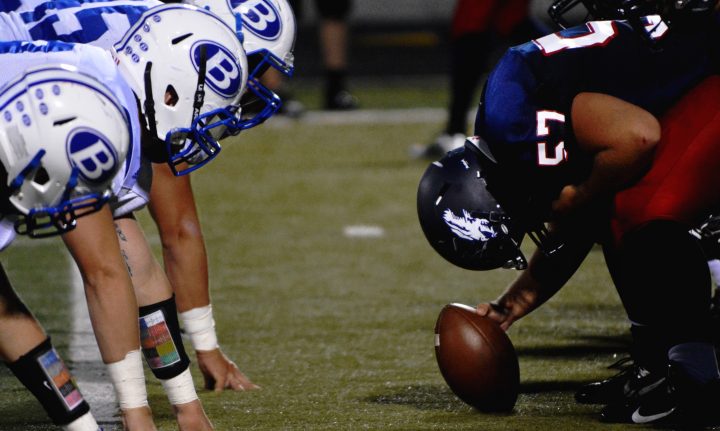 This year has a new set of TVs to look at, with new technologies and new buzzwords to decipher. While it seems like 3D is largely dead on arrival in the typical home, we have 4K, HDR, and OLED here to replace it. What should you be looking for when you pick up a new television? We’ve put together a list with some things to keep in mind.

The difference between LED and LCD TVs…

When you start to look at the televisions that are available, you’ll see some of them being described as “LED” TVs. These days, that’s really all just marketing. Not very long ago, flat-screen LCD televisions were lit up by fluorescent lights in the back of the unit. LED came in and replaced the fluorescent lights, offering faster start up times, better longevity, and better colors (fluorescent-lit TVs would often go yellow over time). The LCD portion of the TV is the actual display, then, and the LED is the light that lights up the display. New LCD TVs will be exclusively lit by LED, so if you see one TV being described as LCD and another as LED, don’t worry about it – because they’re the same thing.

If you’ve got the money, 4K is the way to go

4K TVs offer you screens with a whopping four times the resolution of full 1080p HD. This year, 4K is the new 3D, at least in terms of manufacturers trying to drum up business and get consumers to buy a new television – regardless of whether they really need it. Before we go any further, I should point out that 4K is still, by and large, a gimmick. While services like Netflix, Amazon, and YouTube all offer video content in 4K resolution, the actual quality of the streams isn’t really comparable to what you might get from a 4K Blu-ray disc. And those won’t even be out for some time. 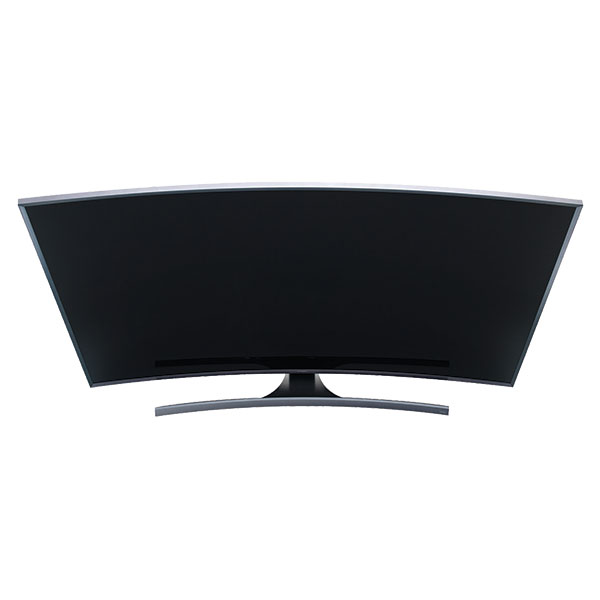 Unfortunately, it seems like we’re at least another year away from getting mainstream 4K content available from a wide variety of sources. Online video outlets are limited by bandwidth concerns, iTunes won’t offer it until a new 4K-capable Apple TV is sold (which might come later this fall), and oh yeah, you’ll need to buy a new, and expensive, Blu-ray player if you want to get the best 4K picture possible.

So why should you be looking at 4K televisions if the headline feature is such a gimmick? Because today’s 4K televisions also happen to be some of the best 1080p televisions you can buy. A big reason for this is because manufacturers are saving the 4K panels for higher-end televisions that include other premium features. That means that 1080p televisions will often be missing out on worthwhile technology (the singular exception to this is if you score a good deal on one of LG’s 1080p OLED televisions) like better backlights, better contrast ratios, and better refresh rates.

OLED displays will make the prettiest picture you’ve ever seen

Hands down, if you’re willing to shell out the cash, an OLED television will make one of the nicest looking pictures you’ve ever seen. There are a two big reasons for this. The first is that OLED TVs have what we call an infinite contrast ratio. What that means is that they have good whites but extremely black blacks – in fact, the blacks on an OLED screen can be so dark that they emit no light whatsoever. This is something that a traditional LCD TV can’t yet match – an LCD television has an LED backlight like we discussed earlier. An OLED television, meanwhile, has no backlight. Instead, each pixel on the display generates both its own color and its own light. It gets such good black levels because the TV can simply turn off a pixel instead of displaying some mix of colors that appear black. 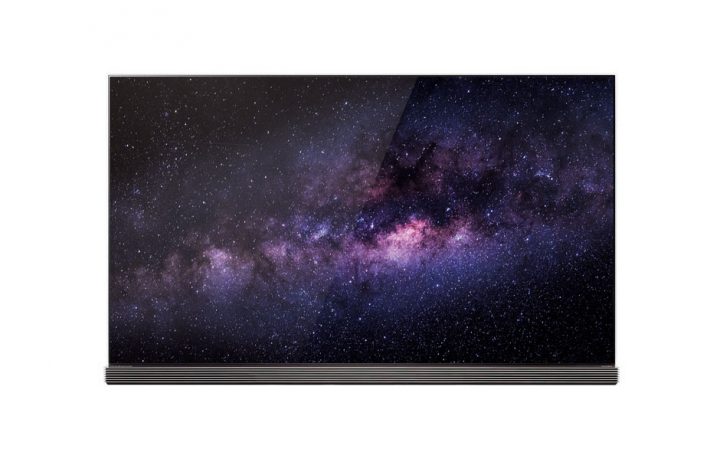 The second reason that OLED TVs look so good is their rich color palette. The technology allows for extremely rich, saturated colors, particularly noticeable when it comes to reds and yellows (a traditional weakness for LCDs). In addition to the great colors, the extremely good contrast ratio makes those colors appear even better than they might otherwise.

There are a couple of downsides to choosing an OLED television, the biggest of which is cost. These TVs are simply expensive, and they’re going to continue to be expensive for some time yet. Additionally, OLED televisions are more susceptible to “image retention” or, otherwise known as burn-in. If you watch a couple of hours of TV every day and some movies or a football game each week, it’s unlikely to be something you ever have to worry about. If you’re a gamer, or have children who are likely to play a game with a static image (or pause it and leave the room for an hour) it might be something that you should consider before you buy.

Curved TVs have hit the market in strength over the last year, thanks almost entirely to efforts from Samsung and LG. But are they really worth the premium they carry? It depends on who will end up watching them, as it turns out. Pros for a curved TV include an increased feeling of immersion, superior contrast, and better viewing angles – if you’re sitting in the right spot. As it turns out, only a limited number of seats, generally those viewing the curved TV from straight on, can really take advantage of the TVs benefits. If you have a non-traditional TV room layout, or want to accommodate a large number of people, that curve can actually make viewing angles worse – especially if you’re going to be sitting on the sidelines.

Other cons include an awkward look when combined with a wall mount, and the fact that only large TVs really tend to benefit. So if you’re looking to get a 70-inch television and will be sitting far enough back that you’ll basically be viewing it from the center, go hog wild. Otherwise, you can probably chalk it up to just another gimmick.

A couple of other things you should be on the lookout for. HDR is a buzzword that’s starting to trickle down through the market. If you’re not a photographer, you’ve probably never heard about it. It stands for “high dynamic range” and it’s the ability for a television to display both a really bright image and a really dark image at the same time. If you’ve ever tried to take a picture of a dark room with a window outside, you’ve probably encountered the limitations of dynamic range – the picture will often end up with a properly displayed window view and a really dark room, or a properly exposed room and a completely white window. 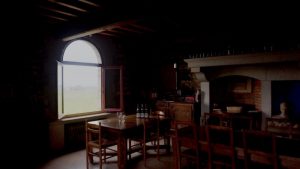 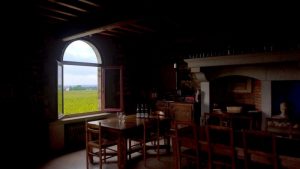 Other features to think about are the television’s capability for motion interpolation, commonly called the soap opera effect. Many consumers actively dislike this capability, because it can make for some truly freakish television, with actors looking unnaturally smooth, and animated features filled with artifacts. It works by having the chip inside of your television analyze every single frame before it’s displayed. It looks at the first frame and the following frame, and with a fancy bit of math, comes up with a frame the fits in between those two.

It does have its places, however, and the Super Bowl is definitely one of them. High action sports – like, say, a championship football game – will often suffer on HDTVs because there are a lot of camera pans and high-speed movements (the arc of a football soaring to a receiver, a hockey puck shooting across the ice, you get the idea) that will stutter or look jagged on a television. Properly implemented, and usually on lower settings, these motion interpolation features can make sports easier to watch because it’s easier to follow the action.

Would you buy a new TV just to watch the Super Bowl, or are you happy to watch it anywhere you can? Is cost the biggest factor, or do you need the biggest screen you can afford? Let us know in the comments.