While we’re still debating on who has the fastest 4G LTE network here in the U.S., South Korea is already looking ahead to the potential of 5G. Setting a budget of $1.5 billion and a 2020 deadline, the home of Samsung and LG will soon allow its citizens the capability of downloading a full movie in just 1 second on their smartphones!

5G is expected to be about 1,000 times faster than current 4G technology, which will open the doors to faster speeds, more productivity while on the go, and likely a larger increase in data consumption as users realize they can do more without having to wait for buffering. 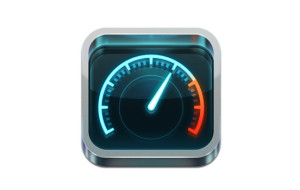 5G speeds will likely be an important feature to have as videos and mobile displays become higher resolution. With 4K streaming hitting the market, 5G will likely be a benefit to users who want to stream 4K YouTube or Netflix content on their mobile devices. However, the drawback is that in the age of data caps and metered data plans, you should be prepared to pay if you want high resolution, fast streaming.

To partake in the race to 5G, there will need to be significant equipment and infrastructure upgrades on the side of the carrier as well as device upgrades to be compatible with 5G networks from consumers. Consumers will need new phones, hotspots, and tablets that can take advantage of the faster network in just 6 short years in South Korea.

For comparison, 4G LTE is said to be about 10 times as fast as 3G. This would mean that the migration to 5G will offer significantly faster speeds than what is available today.

In addition to South Korea, the European Union and China are also setting 2020 as the deadline for migrating to 5G connectivity. According to a CNN report, 4G networks in the U.S. are already taxed, and the influx of the Internet of things, which include connected appliances, cars, and wearable technologies like smartwatches, the U.S. will also need to upgrade to 5G to stay competitive in the race. Where spectrum is a very finite and limited resources, 5G could alleviate some of the current network strains and congestion to accommodate more users while at the same time deliver faster speeds.