At launch, the iPhone 5 will be available on AT&T, Sprint and Verizon. However, a few days later, the device will be launching on regional carrier C-Spire which will be hosting the iPhone 5 on its network starting on September 28th.

The carrier confirmed the news today saying that the iPhone 5, announced today in San Francisco, will be coming to its network just a few days after its initial launch.

The iPhone 4S also launched on C-Spire shortly after it launched on AT&T, Sprint and Verizon in 2011.

Read: iPhone 5: True Cost is Thousands, Most Expensive iPhone Yet. 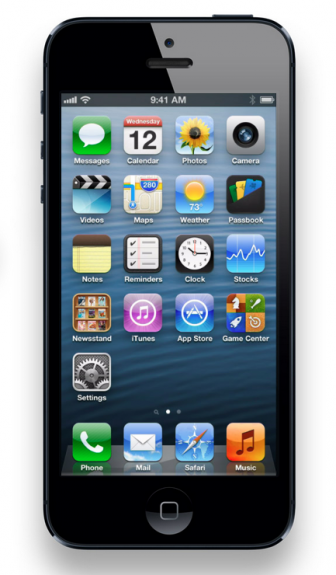 The iPhone 5 is headed to another U.S. carrier.

C-Spire did not announced any pricing for the iPhone 5 or any details besides the release date. We imagine that the carrier will be hosting it on its new 4G LTE network, which is supposed to go live this month, and it will likely be offering the iPhone 5 at the same $199.99 price point as the major carriers.

All three carriers are presumed to be offering the device for $199.99 and up.

The iPhone 5 was announced today with a number of new features including a new 4-inch display, an A6 processor, an improved 8MP rear camera, a FaceTime HD camera, and a new design that comes with both glass and aluminum. It will be taller than the iPhone 4S but will keep similar width.

The device also features iOS 6, Apple’s new operating system, which will be coming stock on the iPhone 5. Other eligible devices will have to wait until Apple releases iOS 6 to the public on September 19th.