Call of Duty: Ghosts Reaches $1 Billion in Sales Within 24 Hours

Activision announced today that it has sold more than $1 billion worth of Call of Duty: Ghosts copies during the first day of availability. The publisher has always been one to brag about reaching the $1 billion mark, but it comes at a time when Grand Theft Auto 5 is out in full force, and it reached the $1 billion mark in just three days. However, to no one’s surprise, the latest Call of Duty installment crushes that record.

According to Activison, Call of Duty: Ghosts is currently the most-played game on Xbox Live right now, mostly thanks to the millions of gamers who couldn’t wait to get their hands on the new title. The publisher also says that the average playing time in Call of Duty: Ghosts on the Xbox 360 has already exceeded that of both Call of Duty: Black Ops 2 and Call of Duty: Modern Warfare 3 during their respective post-launches.

CEO Bobby Kotick says that “Call of Duty is by far the largest console franchise of this generation,” and “more people have played Call of Duty this year than ever before, logging four billion hours of gameplay. And in the last 12 months, Call of Duty: Black Ops 2, including its digital content, generated more revenues than any other console game ever has in a single year.” 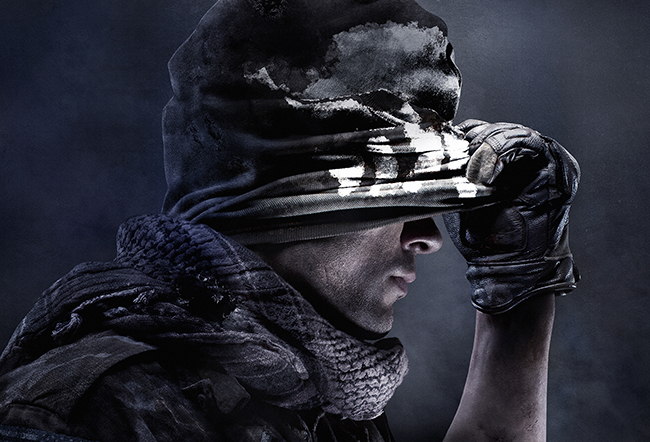 Call of Duty: Ghosts launched at midnight Tuesday morning (Monday night) at over 15,000 locations around the world. Activision also says that Call of Duty-related terms were trending 20 times globally on Twitter during the first 24 hours after the game’s release. These sales numbers really shouldn’t surprising, though, as the game was the most pre-ordered game ever at GameStop over the summer, so we had a hunch that Call of Duty: Ghosts would sell well.

Call of Duty: Ghosts is currently available for PlayStation 3, Xbox 360, PC and Wii U. PlayStation 4 and Xbox One versions will launch on November 15 and November 22, respectively.