Call of Duty Advanced Warfare isn’t technically available to owners of the Xbox One, Xbox 360, PS3, PS4 and PC to purchase until tomorrow. That being said, early access has already started and a number of reviews posted overnight all attempt to answer the question that’s on every gamer’s mind this morning. Is Call of Duty Advanced Warfare worth buying? The consensus seems to be yes.

Video gaming website Kotaku isn’t yet ready to post a few review of Call of Duty Advanced Warfare. That being said, the site is has posted a few tidbits from the campaign experience that buyers can expect when they purchase the game. 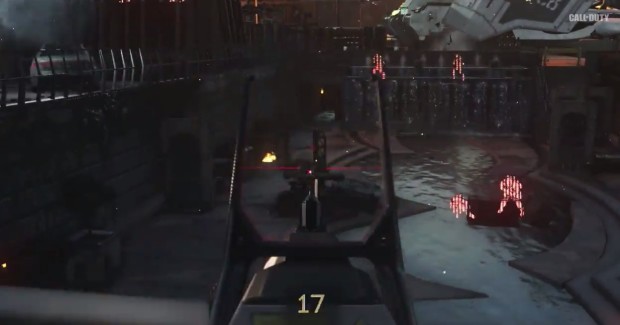 The campaign seems to agree with reviewer Mike Fahey. After commenting on just how similar campaigns in the series were, he points out a few instances where Call of Duty Advanced Warfare deviates from the straight and narrow line its predecessors have toed. “Advanced Warfare managers to stay true to the series’ established formula, while at the same time being the most fantastical entry to date.” He seems to have a big appreciation for the futuristic weapons that make their first appearances in this game.  These are the things like exo suits and vehicles that use hovercraft technology.

Fahey doesn’t appreciate all of these new gadgets being taken away outside of some specific story missions. Though there’s a complete review planned for later, it seems to be that Kotaku is leaning towards Call of Duty: Advanced Warfare being well worth its purchase price.

Polygon seems to have had more time with the final version of Call of Duty: Advanced Warfare, or at least it feels like it’s in a better position to discuss all aspects of the first-person shooter. The outlet’s review starts by setting the stakes for buyers; it points out that last year’s Call of Duty: Ghosts was a low point in the series.

Reviewer Arthur Gies talks at length about the upgraded weapons in the game. In particular he seems to like the Exo Suits that allow Call of Duty Advanced Warfare players to jump higher and move faster. “All of this makes moment-to-moment navigation much more interesting in Advanced warfare than previous entries in the series or its imitators have managed.”

Gies thinks that the new suits, abilities and the extras that users can earn for their characters are enough big changes to make Call of Duty Advanced Warfare worth purchasing for users who skipped last year’s game or haven’t really played since Call of Duty: Modern Warfare. That being said, he isn’t a big fan of the battery mechanic that governs use of exo suit abilities. Because the battery is only recharged after a player days, exo suit abilities are effectively one-use only. Polygon gives Call of Duty Advanced Warfare a 9 out of 10.

Joystiq reviewer Ludwig Kietzmann comes to the same conclusions as these two earlier reviewers. He also shines a light on what could be a big potential problem for Call of Duty Advanced Warfare players. According to Kietzmann, the story still seems to follow the same formula as most games in the franchise saying, “It just doesn’t have the power to break through the expectations of the brand, often coming across as an expertly played round of Call of Duty Mad Libs.” He still gives the game four out of five stars.

Call of Duty Advanced Warfare goes on sale tomorrow for users who didn’t pre-order. Those who did pre-order should be able to pick up their copy of the game now.