When the Call of Duty Black Ops 3 release day arrives, gamers will have more than just a new war-themed first-person shooter campaign and multiplayer to get their hands on. Video game developer Treyarch is also throwing in a separate zombie-filled multiplayer called Zombies – Shadows of Evil. 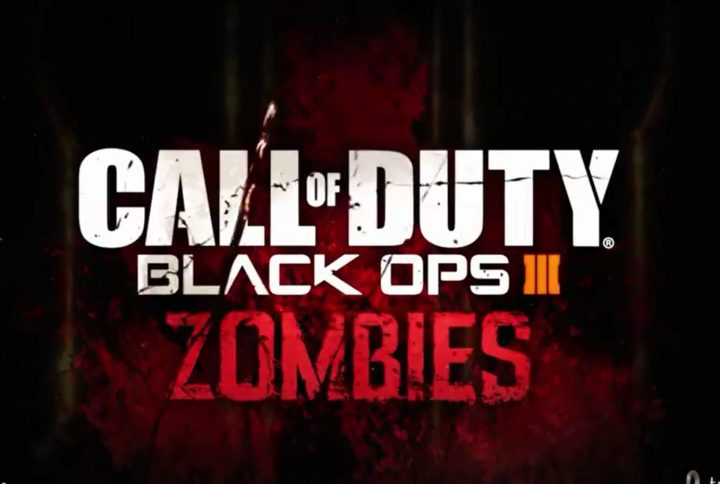 Four different stylized characters will make up the cast of Zomobies – Shadows of Evil. Jeff Goldblum, Heather Graham, Neal McDonough, Ron Perlman and Robert Picardo. Each is a powerhouse actor in their own right. Graham starred in The Hangover. Picardo played The Doctor in Star Trek Voyager. Neal McDonough starred in Band of Brothers. Jeff Goldbum is best known for a stint on Law & Order Criminal Intent and Jurassic Park. Ron Perlman was in Sons of Anarchy.

A rather short Zombies – Shadows of Evil reveal trailer sets the tone for the upcoming Call of Duty Black Ops 3 multiplayer mode. In the trailer there’s tons of references to the bygone noire era. The trailer starts out with some big-band jazz music playing and pictures of casinos and classic cars flashing over the screen. A voice over says that “your sins serve only as an invitation.” When the narrator declares that sins are an invitation is for “evil” we see our first appearance of red-eyed, well dressed zombies. Though the setting is different, the mechanics used in the multiplayer add-on are the same. It’s the players job to use throwing knives, machine guns and just about anything else they can find to stop the zombie infestation. There’s also some futuristic shields, bombs and weaponry that look to advanced for that area in American history. A glimpse of every actor in short order also makes the trailer interesting.

Besides the Zombies – Shadows of Evil trailer, Activision also revealed a new Call of Duty Endowment fundraising initiative with Omaze. Those who donate $10 or more to the endowment will have a chance at being immortalized in one of the Call of Duty Black Ops 3 Zombies add-ons that are coming. The sweepstakes is only running until August 31st, and Activision isn’t saying exactly when the winner will be revealed in-game.

San Diego Comic Con attendees also got a detailed look at look at the different version of Call of Duty Black Ops 3 versions. Besides standard digital and deluxe versions, Activision has a special edition coming that’ll include a working drink cooler for $199. There are other versions that include add-ons for pre-order participants and a digital deluxe edition that includes the Call of Duty Black Ops 3 Season Pass.

Call of Duty Black Ops 3 arrives on store shelves November 6th for the Xbox One, Xbox 360, PC, PS4 and PS3.